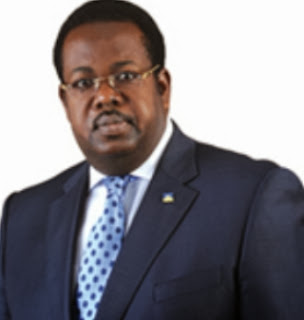 A fresh twist has been added to the many controversies afflicting the purchase of highly inflated luxury armoured car for the personal use of Aviation Minister, Stella Oduah.

Here is the latest turn in the unfolding saga concerning financial institution and provider of the fund used to perfect the deed, First Bank Plc..


The report is sourced from online celebrity journal, societynowng.com

'Contrary to speculations of a lease arrangement with First Bank plc that resulted in the purchase of two armoured vehicles at highly inflated price (N225m) for Minister of Aviation, Stella Odua by cash strapped agency Nigerian Civil Aviation Authority (NCAA), insiders revealed the body that claimed it couldn't pay to upgrade equipment, train or hire qualified staff actually took a loan to perfect the act that has attracted great outcry.

And this development was reportedly in 'very curious circumstances'.

'
NCAA is said to have obtained a loan of N645m from the Bisi Onasanya led financial institution using it's 'Revenue Account' as collateral.

The loan was reportedly put as to acquire 54 vehicles, including the two controversial armoured vehicles for the use of the embattled Minister.

Ironically, the specified number of automobiles exceeds the 25 approved for the agency in the 2013 budget by the National Assemble by 29 cars. 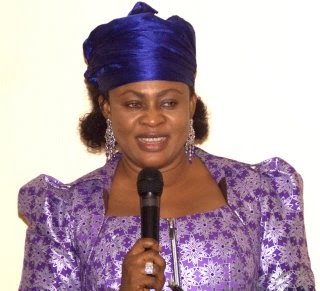 The loan was N405m above approved spending limit.

Digs revealed part of the correspondence in securing the curious N645m loan from First Bank by NCAA dated July 30 2013, reproduced below

' “The borrower (NCAA) has applied to the bank for a Term Loan Facility (herein referred to as “the facility”) in the sum of N643, 088,250.00 to finance the purchase of 54 vehicles for Management Staff of NCAA on Grade level 15 and above.

“The bank has agreed in the usual banking terms to extend to the Borrower the said facility on terms and conditions herein contained in this Loan Agreement and in the Letter of Offer which terms are hereby incorporated into this agreement.

“The parties hereto have agreed to secure the facility including interest and other charges.

“The facility shall be for a period of 36 months without moratorium. Subject to the terms and conditions hereinafter contained, the Borrower shall repay the facility hereunder in 36 monthly installments as contained in the Letter of Offer.

“The Borrower shall until the repayment of facility to the Bank pay interest on the balance outstanding and on all monies whatsoever at any time owing to the bank at the rate of 18% per annum (all inclusive) or such other rates in line with changing market conditions as may be advised.

• The borrower will also from time to time supply to the bank such other information as the bank shall reasonably require in respect of the assets and liabilities of the business operation and administration of the Borrower and shall permit and enable the bank’s representative to inspect the borrower’s properties and operations including all relevant records and documents after giving reasonable notice; and costs of such inspection and the out of pocket expenses incurred by the bank’s representative aforesaid during such inspection being payable on demand by the Borrower provided that such costs are fair and reasonable.”

Another correspondence that also confirmed the deal by the acting Director-General of NCAA, J. D. Nkemakolam and titled “Irrevocable domiciliation of NCAA Revenue Account” to First Bank is reproduced as well

“This domiciliation shall remain binding and in force until the facility is fully liquidated.”

The car acquisition deal and it's attendant consequence is the reason Aviation Minister, Stella Oduah is facing a barrage of calls for removal from office in the face of allegations of abuse of office.

Though she has since denied the car were bought for her personal use, days after her aide and representative of the NCAA confirmed the purchase

...Additional information The Nation Newspaper.
Posted by MAN ABOUT TOWN at 4:37 AM