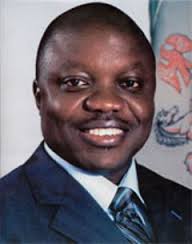 Operatives of the Economic and Financial Crimes Commission are on the trails of former delta state governor Emmanuel Uduaghan and his friends Dere Otubu and Uche Okpunor.

Investigators are also looking at several loans, bonds and credits obtained by the Uduaghan administration and how they were spent, particularly a controversial N40 billion loan that was obtained towards the end of the administration.

Some members of the House of Assembly who were kept in the dark about the loan had moved to impeach the governor when it became public knowledge. THEWILL gathered that then House Speaker, Peter Onwusanya, colluded with principal officers to approve the loan and in return were allegedly rewarded in cash for their effort.

The EFCC, according to sources in the commission and Presidency, was directed by President Muhammadu Buhari to commence investigations into the Uduaghan administration following dozens of petitions and complaints to the President by some Deltans.

THEWILL gathered that a top official of the Delta State House as well as other officials of the state government have been repeatedly questioned in Abuja by the EFCC in the last two weeks as part of the investigations as the agency continues to build its case against the former governor.

“The President directed the Chairman of the EFCC to look into Delta finances under outgone Governor Emmanuel Uduaghan. The Petitions received from prominent Deltans against him and one Dere Otubu were many,” a Presidency source who asked to remain anonymous told THEWILL.

A source at the EFCC said though investigations were still at the preliminary stage, investigators have noted that Otubu’s name has been commonly mentioned in many of the complaints.

“Our officers are looking at how these loans were collected in the first place. Who approved and how they were approved… Did they follow due process? They are also looking at companies that were paid from the proceeds. I believe we are working on the assumption that the payments may have been used to launder funds but we will see. We will follow the funds until we are satisfied that they were not laundered using fronts,” the source said.

Some of the main beneficiaries of the controversial N40 billion loan according to THEWILL checks include businessman and contractor Uche Okpunor and Mr. Otubu.

THEWILL gathered that Uduaghan’s problems started when the transition committee commissioned by his successor, Dr. Ifeanyi Okowa, uncovered a staggering debt profile of almost N700 billion when they looked through the state’s finances.

The EFCC sources corroborated what is common knowledge amongst top Delta State Government personnel that Mr. Otubu helped the governor manage the finances of the state and in the process shaved the state of billions in fees and commissions including phoney contracts that were paid in full despite poor execution. The contracts were mostly executed through companies controlled by proxies
Posted by MAN ABOUT TOWN at 1:12 AM