The reason why Governor of Lagos state, Akin Ambode booted out flamboyant top level civil servant Nike Animashaun is out. 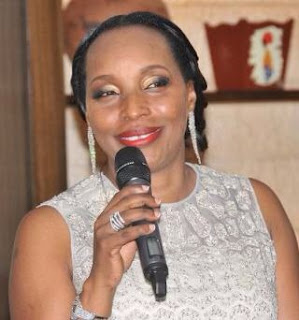 ame for the reason director in her ministry Bola Omoboya is under investigation.


Mrs Nike Animashaun, the flamboyant and controversial Permanent Secretary in the Lagos State Ministry of Science and Technology has been sacked.


Sources at Alausa disclosed Animashaun was sacked for acts inimical to the tenets of the Lagos State civil service.


It will be recalled that Animsahaun had enjoyed a mecurial rise from the position of Junior Magistrate in the Lagos State Judiciary to become Permanent Secretary and power broker in the administration of Asiwaju Bola Ahmed Tinubu and Governor Babatunde Fashola. She had also been romantically linked to several big wigs including Dr. Tunji Olowolafe a close ally of Governor Fashola and Chairman of Deux Projects, a big time Contractor of Lagos State.

In what appears as a total house cleaning by the Ambode administration, the Director of Computer services in the same Ministry, Mr. Bola Omoboya is currently being investigated by the office of the Head of Service for insider dealings and award of contracts running into millions of Naira to companies related to him