The police are about to make a high profile arrest. 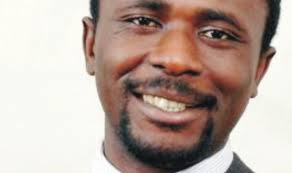 And the target is Yomi, the son of Obat Petroleum boss,
Obateru Akinrutan
and his associate Coker Malachi.


The Nigerian police on Thursday tried to arrest two men close to Governor Olusegun Mimiko for representing themselves as members of the Ondo State House of Assembly based on certificates of electoral victory that were allegedly forged for them by the governor.

The suspects, Akinruntan Abayomi and Coker Adeniyi Malachi, had been posing as state lawmakers representing Ilaje I and Ilaje II constituencies in the state assembly.

Both men had contested the state assembly elections on April 11, 2015 on the ticket of the Peoples Democratic Party (PDP). However, the returning officer for the Independent National Electoral Commission (INEC) in the Ilaje area declined to call any results, citing the widespread atmosphere of brigandage and violence that marred polls.

Despite INEC’s decision, a police source disclosed to SaharaReporters that Governor Mimiko apparently prevailed on the Clerk of the Ondo State of Assembly to get the two men sworn in and admitted as lawmakers based on fraudulently obtained or forged certificates of return.

The development upset Titiloye Charles, a lawyer whose law firm represents the two lawmakers’ opponents, wrote a petition to Inspector General of Police, Solomon Arase, decrying the fraudulent misrepresentation by the two suspects. The petition triggered an investigation by the police, and the subsequent near arrest of the legislative impostors.

"They [Mr. Abayomi and Mr. Malachi] were nearly arrested in the court premises by police in Akure yesterday," a police source disclosed to our correspondent. He added, "The suspects are to be transferred to Abuja for proper investigation and possible prosecution soon as we can pick them up."

Our correspondent learned that Mr. Charles had also written a letter to INEC demanding to know whether the two "lawmakers" were duly elected. A reliable source within INEC stated that the electoral body responded to tell the lawyer that the now arrested lawmakers were not issued any authentic certificates as winners of the state legislative elections.

Our police source revealed that law enforcement agents acted on the strength of INEC’s clarification to move in and arrest the two suspects.

Even though the police investigation is reportedly "at an early stage," one source pointed to Mr. Mimiko as the mastermind of illicit efforts to sneak the two candidates into the state legislature.

"Mimiko is fond of this kind of tactics," an estranged member of the PDP in Ondo State told our correspondent. "He always wants every politician in this Ondo State to be owing him a favor. That is why he always does anything possible to coronate the kind of people who will always be at his beck and call."

Earlier this year, Governor Mimiko was accused of forging legislative instruments to enable him to impeach his then deputy, Olanusi Ali
Posted by MAN ABOUT TOWN at 1:39 AM