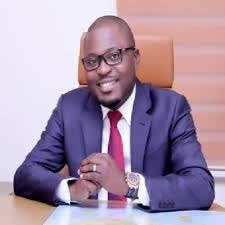 Moses, the younger brother of ex international and coach, Samson Siasia has declared intention to take over the seat of governor of Bayelsa state.


Here are the details
The younger brother of Coach Samson Siasia, Moses Siasia, has expressed his desire to contest the Bayelsa State governorship election next year.

Siasia, who spoke at a news conference in Yenagoa, on Saturday, lamented that Bayelsa had witnessed several broken promises since its creation in 1996.

The 35-year-old described the unemployment rate in the state as alarming, saying that 85 per cent of Bayelsa populace was unemployed.

He said he would contest the governorship election on the platform of the Peoples Democratic Party later in the year.

He also said the state’s huge monthly revenues from the Federal Government had not translated into an improved standard of living among the people of the state.

He said, “Unemployment is taking its toll on our youths. We have over 85 per cent of Bayelsa youths unemployed. How do we create employment for our teeming youths that have been impoverished by successive governments and that have become disillusioned?”

“Now, we need to create a great industrial and education revolution in Bayelsa. Today, I have spoken with some of my partners that would be encouraged to create jobs in the state – as soon as I get the mandate.

“In one year, we can create 20,000 jobs. You don’t give what you don’t have. I have created jobs before. I am doing it now in my business. So, if I am saddled with public office, I can do more for our people. What we have are people who have not created jobs anywhere. They don’t even understand the dynamics of creating jobs for the people.

“We need a leadership mindset that can transform the state and make it an economic hub, a marine hub. Today, the world is talking about blue sea economy, where people can use marine. Government can use the marine sector and create massive jobs and industrialisation for their people and that is what we going to do.