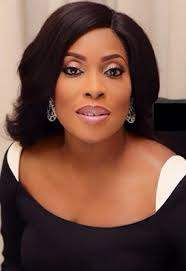 The town hall meeting organised by connected tube person and entrepreneur Mo Abudu for President Muhhammadu Buhari in the United States of America was a flop.

Contrary to widely held claim the EbonyLife TV Meet and Greet interactive session with President Muhammadu Buhari (GCFR) in  commemoration of the President’s historic visit to the United States of America didn’t live up to general expectations.

Invited Guests at the high-level security consisted of young technocrats and professionals one after the other, guests were briefly allowed to introduce themselves and express their warm wishes for a new Nigeria while the President listened with rapt and patriarchal attention. Wishes were variegated and poignant, ranging from a desire to see a more secure nation and enabling environment for business foreign direct investment, to a corruption-free and revamped economy and support for the building of a burgeoning creative economy.

But despite what went on at the event more than 200 Nigerians, many in their finest business or traditional dress were barred from entering the venue of the event. They reportedly waited anxiously outside the Nigerian embassy in Washington DC, USA hoping to be permitted entrance to the only event organized for the Nigerian diaspora.

According to SaharaReporters as the desperate crowd began to swell many Nigerians demanded explanations from embassy officials and secret service agents at the gate. One special agent said “all I know is we can’t let anyone in right now.” As SaharaReporters began interviewing members of the crowd it became obvious that Nigerian embassy officials were discriminating against certain people and giving entrance to others. Even Miss Nigeria America contestant was not spared the treatment she complained to SaharaReporters that “it was very unfair to do this” to her and the crowd. Members of the All Progressives Congress (APC) USA Committee, dressed in traditional wear with APC logos, were also not spared the embarrassment.
Posted by MAN ABOUT TOWN at 6:24 AM