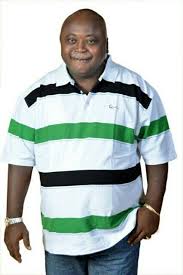 Information filtering in revealed that the gubernatorial campaign efforts of Ladi, the son of big money lottery promoter Kessington Adebutu is troubled – even before it properly kick off.

Insiders disclose to societynowng.com that already supporters have started a fight of relevance within the emerging structure.


The House of Representative member is currently on a state wide visit aimed at creating awareness for his ambition to become the next governor of Ogun state.

Insiders however claim some members of his party are already claiming to be sidelined in the emerging campaign.


‘’some claim after the meetings they are sidelined, that he only deals with young upstarts...some claimed they were totally ignored when leaders of their area met with him’’ a source told societynowng.com


Information pieced together by societynowng.com revealed the disgruntled elements within the emerging gubernatorial movement and those who claimed to be totally sidelined have started  an anti Ladi Adebutu talk about town.


‘’they have started what is speedily spiralling into a crisis’’ a source stated.


Providing better insight a source divulged to societynowng.com that ‘’look at Ogun central..Ifo area of Ogun state, former council chairman Sikirulai Ogundele is in charge of Ladi’s campaign in that area and in setting up his team he totally boycott the involvement of political figures such as Aare Alabi and his ilk’s and they started an anti Adebutu movement in their domain’’


Societynowng.com learnt Ogundele perfected the move because of ploy to retain his influence and relevance with the gubernatorial aspirant.

Ogundele and the Alabi’s of his area are engulfed in supremacy battle.


‘’the situation with Ogun Central is what is playing out in Ota and a couple of other areas’’ a source disclosed to societynowng.com


Insiders further revealed Adebutut said to have earmarked a huge money via his father’s wealth for his gubernatorial ambition is said to be aware of this development – but not how deep it’s runs.

He is however said to be campaigning with a ‘’i am for all and open to all’’ theme to limit the effect of the emerging fight for relevance amongst his campaigners
Posted by MAN ABOUT TOWN at 3:28 AM