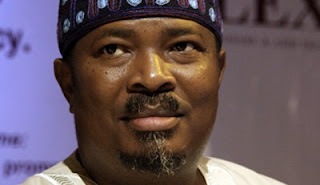 Prince Nduka Obaigbena, Publisher/ Chairman of Thisday has taken a bold step due to the current economic downturn to re-organize some titles as well as technically sacking loads of staff.

His memo titled VERY IMPORTANT STAFF NOTICE, read: “Dear All: Following a continuous and continuing spot check which climaxed today on LAGOS staff on duty and working, please find below a list of bonafide NON–EDITORIAL LAGOS STAFF of THISDAY NEWSPAPERS.
“The spot check will continue in ALL THISDAY locations.


“Those not on the list below cease to be staff of the company except they show with documentary evidence why they were not, and have not been at work.

“Editorial Staff have to show work with proof of stories filed and published tonight.

“Therefore only those listed below will be on the next payroll. If not listed, please conclude your disengagement process with the Admin department.​

The memo requested the Accounts Department to present a new pay roll that includes only the staff above.

Furthermore, there was no word on the fate of all the staff of its every Sunday Pullouts, Thisday Style and Glitterati.