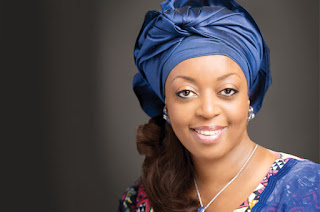 The crude oil and natural gas involved are said to be worth billions of dollars.

The arrest of Amamgbo is rated as a major breakthrough for the EFCC in its ongoing probe of the ex-Minister.

The suspect, who was arrested in Lagos, was branded as a “front” for the ex-Minister.

According to a source close to the investigation, the EFCC discovered that Amamgbo used four companies to lift oil and gas in billions of dollars. He is the Chief Executive Officer (CEO) of the four firms.

The office of Mezcir Oil and Gas Limited at No.5 , Sannar Street, off Yalinga Street off Adetokunbo Ademola Crescent, Wuse II Abuja, has been sealed.

“During the search, documents, which include payments for purchase of houses and vehicles were recovered,” the source said.

Another source said: “We are not giving up on other accomplices of the ex-minister who were used to plunder the nation’s oil industry.”

The embattled Minister has had her movement restricted to London since last October.

The International Corruption Unit (ICU) of the National Crime Agency (NCA) on October 2 arrested Mrs Alison-Madueke and four others.

The identities of the others remain unknown.

But all the suspects are being investigated  for alleged bribery and money laundering.