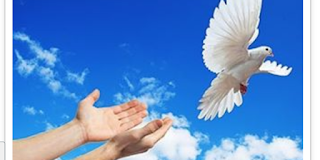 There are strong indications that calmness has been restored after the storm that threatened the very existence and musical career of the award-winning duo, Psquare.


The latest news is that the set of twins, Peter and Paul Okoye and their brother , Jude have settled their difference-at least for now.

For the first time in weeks, the three brothers yesterday posted the same picture of a dove (a universal sign of peace) and similar messages on their instagram pages. Peter Okoye wrote “That it took our stupidity to realize that Family comes first.We are Sorry and tagged both of his brothers, Jude and Paul with a harshtag #dembeonenobetwo. All three have the same message.

Interestingly just two days ago, Peter had granted am extensive interview where he opened the underbelly of the Psquare empire, revealing that he had not spoken to his brother since December and revealing their various squabbles. He actually confessed that if not for their wives, Psquare would have long been history and also noted that he was serious about firing elder brother, Jude and has infact appointed a new Manager.

Peter explained that Jude and Paul disrespected him and marginalized him, Paul had floated his personal band named MVP, and the inefficient business structure was hurting the brand and their future growth

Jude responded to that interview with this tweet “3sides to every story. Ur side, my side and the TRUTH. The truth is DIRTY………….#caution.”

thelightnews
Posted by MAN ABOUT TOWN at 1:17 AM