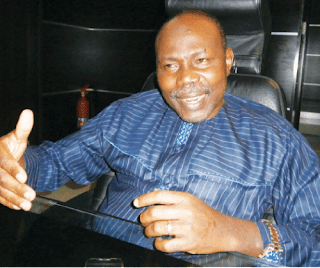 His statement is reproduced as provided

My attention has just been drawn to a statement credited to Chief Dele Ajomale of the Lagos APC and published by a section of the media that I obtained a judgment against the party's local government primary in Odi Olowo LCDA by deception.

My natural reaction would have been to descend into the same arena with him but doing so, might not only be disrespectful, but will blur the message.

It is in this regard that I have chosen to educate and enlighten him and his ilks, having realized that his challenge is lack of understanding of the legal process involved and the constitution of the Party.

However by way of preliminary comments, let me state that the person whose name was submitted as the party's candidate, Rasaq Ajala is a respectable brother of mine.

He is not only politically sagacious, but administratively competent. In fact, he is one of the few that adopted and practiced my view that a politician worth his salt must have alternative contact address.

However, in as much as I would want this sentiment to govern me, I realise that the call for due process must not be beclouded by this.

Now to the allegations, firstly let me state that I did not obtain any judgement whatsoever from any court in respect of the purported local government primaries, directly or by proxy.

Certainly, there is a disconnect somewhere by him in reading the court processes. Nowhere was my name mentioned or stated to be acting in proxy.

An aggrieved aspirant went to court on his own volition and followed due process.

Secondly, I wish to let Chief Ajomale know that there is no known legal entity as APC Lagos state.

There is only one juristic APC and is resident in Abuja and that is the only legal entity capable of being sued and served. In the case under reference, processes were appropriately served in Abuja and by virtue of the duty imposed on me by the APC constitution, I assigned a counsel to represent the Party.

I say without fear of contradiction that I am seized of all the facts involved and gave instructions in that regard. The question therefore is; where lies the deception? My expectation is that Chief Ajomale will tell me where the primary of the local government was held and the delegates that voted. It is a matter of public knowledge and there are tapes to buttress the non-holding of primaries. On the issue of incitement, assuming without conceding that I did, is incitement towards rule of law not better than incitement towards violence; particularly recognizing the volatility of the local councils?This is my reaction whilst the rest will be communicated to Chief Ajomale in due course.