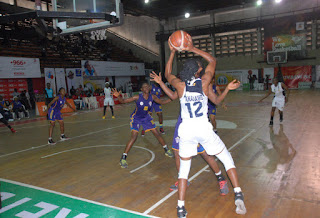 It was a
straight forward win for the bankers as they started the game with intent, winning all the quarter except the third quarters won by Deepwater.

First Bank won the winning price money of N1.5m while the second place team were rewarded with N1.2m.

Speaking with our correspondent, centre for the winner, Atosu Upe, said they emerged champions due to their hard work and dedication while also promising to make the country proud when they play on the continent.

The game was however dominated with poor Shooting from both teams.

Present at the final was the Group Managing Director of Zenith Bank, Mr. Peter Amangbo, former president of the Nigeria Basketball Federation president, Tijani Umar, alongside other dignitaries