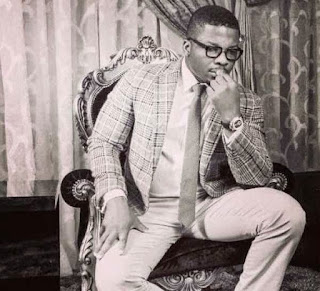 Beneath his happy-go-lucky visage, the poster boy of Nigeria’s real estate sector, Sijibomi Ogundele otherwise known as Sujimoto, currently carries a numbing heartache. The enterprising young man behind Sujimoto Construction LTD, which builds luxury houses across highbrow estates in Lagos, was approached by one of his friends, Bowale Jolaosho, MD/CEO of Leighton Petroleum, to invest in a multi-million dollars oil deal last year.
Both are
good friends and regularly hang out and support each other’s initiatives and ventures. When Sujimoto celebrated his birthday in 2015 with the launch of a charity campaign called ‘10,000 Giving Back with Sujimoto’, Jolaosho was fully involved and present. Jolaosho is also closely related to Oba Otudeko, the billionaire founder and chairman of Honeywell Group and First Bank of Nigeria Holdings PLC. With such solid pedigree, Sujimoto, trustingly, invited a few other friends to partake in what looks like a sure deal and they pulled together the capital believing that a windfall awaited them. Then, the waiting game began.

Jolaosho, an Accounting graduate of York College of the New York City University, first became incommunicado. Though he might not exactly have been playing games, Sujimoto, sources said, reckoned however that his prevarication and the multiple excuses he keeps spewing whenever the ‘investors’ were lucky to corner him had become rather unbecoming of a dear friend with a thriving oil and gas concern. Leighton Petroleum’s core values are transparency, accountability, integrity and excellence, values that the proprietor might have fallen short of, if this deal were to be the common denominator. Sujimoto is reportedly not spoiling for a fight yet but the way things are going, when push comes to shove, Jolaosho might have some explanations to do in an environment structured for such.