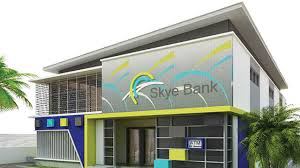 According to statement released by the bank

Our attention has been drawn to media reports
of a ruling of the Federal High Court in Lagos yesterday July 20, 2017 wherein seven commercial banks were ordered by Hon Justice Chuka Obiozor to remit a total of $793.200.000 allegedly hidden with them in contravention of the Federal Government’s Treasury Single Account (TSA) policy.

According to the said reports, it was alleged that the sum of N41m is illegally kept in a NAPIMS fixed deposit account with Skye Bank in collusion with government officials.

The management of Skye Bank hereby states that it neither colluded nor unilaterally hid the reported sum or any other funds in its custody.

On the contrary, the said funds are held with the full knowledge of the relevant Agencies of the government including the Central Bank of Nigeria (CBN), the DSS, the National Assembly and the Inspector General of Polices's Special Investigation Panel, with whom we have engaged extensively over same.

We wish to inform our numerous stakeholders that Skye Bank is a law abiding institution and will therefore, not conduct itself in breach of the laws or policies of the government, including the TSA policy.

The bank will take appropriate legal steps in response to the ruling of the Federal High Court on August 8, 2017 when the substantive hearing is expected to come up.