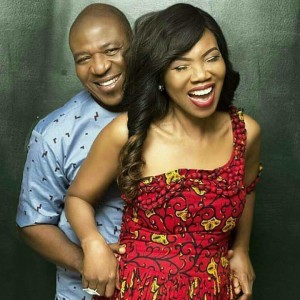 Celebrity couple and media personalities Soni and Betty Irabor are facing the prospect of arrest after the Asset Management Company of Nigeria (AMCON) asked a federal high court to produce a notice asking the duo to show cause why they should not be arrested and remanded in prison for contempt of court.


The suit was filed against Soni and Betty in their capacities as directors of Ruyi Communications Nigeria Limited. According to the motion filed by AMCON lawyers, the celebrity couple had continued to occupy a property situated at 9, Prince Bode Adebowale Crescent, Lekki Phase One, in defiance of an interim order of possession granted by the court.
The property in question was the collateral used for a loan of N71.4 million which Ruyi Communications secured from Guaranty Trust Bank (GTB) back in July 2008. After trying unsuccessfully to recover the loan and interest, GTB classified it as a non-performing loan and passed it off to AMCON in accordance with the AMCON Act 2010.
AMCON thereafter entered into negotiations with Ruyi Communications and managed to recover about N8.7 million, leaving an outstanding balance of N142.5 million consisting of the principal sum and accrued interest. After trying unsuccessfully to get the defendants to repay the balance, AMCON filed a recovery suit against them, in the course of which the federal high court issued an interim order of possession empowering AMCON, court bailiffs and agents of the Nigerian police to take possession of the property in contention pending the final determination of the suit. The order was issued on November 27, 2017.
However, in the application filed on behalf of AMCON by the law firm of Jireh and Greys, it was alleged that, by December 11, 2017, the defendants had flouted the order of the court by breaking the chains used to secure the premises, removing the notice boards and painting over the takeover notices on the premises.
If the application is successful, Soni, the brain behind Inspiration 92.3 FM and his wife Betty of Genevieve Magazine fame will be obligated to appear before the learned justice of the court to show cause why a bench warrant should not be issued against them.
..thelagostimes.com