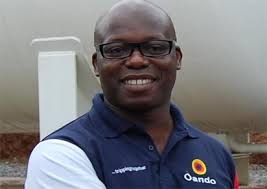 The drumbeats of war resound across the nooks and crannies of the Lagos socio-political and economic milieu, like the stirrings of medieval blood-fests between warring ethnic giants. But unlike the carnages of old that shaped and malformed the histories of great icons and civilisations, the alleged ongoing spat between two brothers, Asiwaju Bola Tinubu, the powerful politician and APC leader, and his brother, Wale Tinubu, the head honcho of Oando Group, may incite no bloodbath.
Its no longer news that the brazen perfidy and deep-seated hatred run through the rift
narrative between Wale Tinubu and Volpi. Despite concerted efforts by  some well-meaning Nigerians and the Minister of Finance to thaw the ice between the two estranged partners in the wake of a business gone bad, recent revelations have proven however that there is no end in sight to their long-drawn face off.

Sources in the mafia-esque oil sector contend strongly that Volpi particularly has spat into the air and swore that until Wale is removed from his exalted office, he would not relent. It was in the light of this inexorable mission that he was fingered as the mastermind behind the fight between Wale and his big brother, Asiwaju Bola Ahmed Tinubu.
As the story goes, Italian businessman, Volpi, along with billionaire businessman, Alhaji Dahiru Mangal, heaped a lot of firewood on the flames of troubles that nearly extinguished Wale’s career some months back. While Wale was floating like flotsam and jetsam in the ocean, not a few expected his big brother and APC chieftain Asiwaju Bola Tinubu to come riding to his rescue.
But that did not happen as Tinubu pointedly chose to look the other way and turned deaf ears to his brother’s plight. Allegedly because Volpi had whispered into his ears that Wale had been sitting on some huge sum that was meant to be Volpi’s contribution to Tinubu’s election fund.  And Wale didn’t inform  him about the money.
This reportedly made the lion of Bourdillion roar in anger against his brother. Tinubu did not take it lying low as he fired back with the same venom.  Thereafter, Wale ran into trouble waters.  He ran hither and thither! He cried blue murder and his supporters wailed like banshees but their heartfelt protests were hushed and smothered in the raucous din of Volpi  and the powers that be.
However, with no help forthcoming from the expected quarter, Wale had no choice but to kowtow in supplication before Ogun governor, Senator Ibikunle Amosun. The governor was said to have influenced his goddaughter and finance minister, Kemi Adeosun, to wade into the matter and cut the noose of regulatory scrutiny that almost asphyxiated Wale.
Little wonder, Kemi Adeosun has demoted the Acting Director-General of the Security and Exchange Commission (SEC), Dr. Abdul Zubair following the controversies surrounding the relisting of shares of Oando Plc at the Nigerian Stock Exchange (NSE).
The trading on Oando shares which had hitherto been suspended for weeks following SEC’s investigations into the company’s business practices were relisted, withdrawn and relisted on Wednesday.
The Minister Friday came down hard on Zubair following the confusion and controversy and appointed Mary Uduk as new Acting DG, according to a statement by her spokesman.


The statement reads: “The Honourable Minister of Finance, Mrs. Kemi Adeosun, on Friday approved the reassignment of portfolios in the Securities and Exchange Commission (SEC).
thecapital
Posted by MAN ABOUT TOWN at 6:11 AM