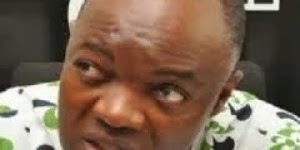 The national Industrial Court just found it culpable
- along with a top level offender staff - of sexual assault.

Here details of the occurence.

'The National Industrial Court has awarded the sum of N39.6 million in favour of a former Enterprise Marketing Manager of Microsoft Nigeria Limited, Mrs Ejieke Maduka, who was sacked after she complained she was sexually harassed by her immediate boss.

In a judgment delivered by Justice O Obaseki-Osaghae, the court held that Mrs Maduka’s fundamental rights were violated and her pride, dignity and sense of self-worth injured by the actions of the respondents.

The claimant had in the suit said that she was sacked for refusing to succumb to the sexual advances of her immediate boss, Onyeje, as well as an insider dealing involving Majekodunmi.

The claimant further stated that the ratification of her termination by the 1st, 2nd, 3rd respondents and the subsequent conduct of the respondents constituted a violation of the applicants Fundamental Right to Human Dignity and Freedom from Discrimination, as guaranteed by Section 34 and 42 of the Constitution of the Federal Republic of Nigeria.

'But the first defendant (Microsoft Nigeria Limited) asked the court to dismiss the suit on the ground that it has a right to hire and fire the claimant, adding that her sack had nothing to do with her alleged refusal to succumb to the sexual advances of her immediate boss.

The 1st respondent stated that it was not only the claimant’s employment that was terminated but that others were also affected, as the company was restructuring and downsizing at the time.

The company also denied that Onyeje sexually harassed the claimant, while Microsoft Corporation, on its part, prayed the court to strike its name out from the suit, as it did not employ or sack the claimant, adding that it owed her no duty of care.

On his part, Onyeje denied ever sexually harassing the claimant. His only witness, Awawu Olumide Sojunri, who testified during the trial, said she never saw him sexually harass any female staff. She, however, admitted during cross examination that while on an official trip to Atlanta, the United State, Onyeje touched and poked her, as well as some of her colleagues.

But the court, which had earlier struck out Majekodunmi from the suit on the ground that he is not a proper party in the judgment, held that the claimant is entitled to an award of general damages in the interest of justice, since she has disposed to the fact that her annual pay is N13. 225million.

'Justice Obaseki-Osaghae stated that there was no evidence of downsizing or restructuring at the material time before the court; neither were the names of the other employees who were also affected by the exercise provided before the court.'
Posted by MAN ABOUT TOWN at 4:56 AM