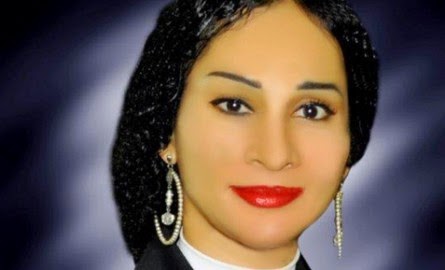 Sally Mbanefo, the beautiful D.G of the NTDC is at the centre of an astounding mess. Amongst shocking charges against her is attempting to 'chew' paper evidence to cover up alleged fraud in public!. And this development transpired while representing the country's interest at eyes of the world international stage, World Cup.
Details of the staggering charges are reproduced below


'The Director General of the Nigeria Tourism Development Commission (NTDC) Mrs. Sally Uwechue-Mbanefo may be doing everything possible to cover up an alleged fraud in her participation in the ongoing Brazil 2014 World Cup after a failed attempt to chew up a piece of incriminating document in a Brazilian hotel June 18.

She has asked for a meeting with President Goodluck Jonathan to explain her role in the alleged fraud that is threatening her credibility, The Nigerian Times learnt on Monday.

Mbanefo was alleged to have diverted an undisclosed amount of money meant for the sponsorship of a proposed Nigerian Fan’s village in Brazil, after which she asked for the Memorandum of Understanding (MoU) between her and Za Entertainment, the contractor for the project; tore it and began to chew the paper. Her attempt to chew and swallow the MoU led to a physical altercation between her and President of Za Entertainment, Mr. Azania Omo-Agege who held her tightly forcing the papers out of her mouth.
The NTDC in conjunction with the National Sports Commission and Nigeria Olympics committee had planned a tourism village also known as Fan’s village in Sao Paulo Brazil to last the duration of the World Cup, in order to showcase Nigeria’s rich culture, tourism assets, entertainment, cuisine and investment opportunities, as well as, where fans could unwind and have fun.

'A reliable source who spoke to The Nigerian Times disclosed that Mbanefo, who was initially not interested in the project, took it over after she discovered that the efforts of the project committee and the contractors were already yielding financial results.

The source said: “The project committee sent letters to state governments, sister agencies and banks, soliciting sponsorship and partnership since the DG made it clear that the NTDC will not fund or take responsibility for the project.

“A mandate letter signed by the DG was given to Mr. Rufai Ladipo, the CEO of Agile Marketing Company who went around with the brochure, marketing the project and seeking funds.

“After some banks have indicated their support for the project, the DG then changed the receiving bank account from that of the contractors to NTDC account and immediately cancelled the marketer’s contract.
“She then picked about three journalists, her daughter and Omo-Agege, without any member of the NTDC project committee and went to Brazil.

“In Brazil, Omo-Agege took her to the project site which he had committed to paying for, but the DG refused giving him any money but opted to rent a hotel room which she decorated as a fan’s village.
“When Omo-Agege confronted her about the issue, she requested to see the MoU of the contract, which she collected, tore and attempted to chew the paper but Omo-Agege grabbed, twisted her hand and retrieved the part of the paper that has her signature.

“Omo-Agege is now in trouble in Brazil for his inability to make payment for his commitments there.”
'The Nigerian Times contacted Mr. Azania Omo-Agege, President of Za Entertainment who was contracted by the NTDC to build and operate the ill-fated fan’s village in Brazil and he corroborated our source.
He said: “The situation is that I came into partnership with the NTDC board to build the Fan’s village in which we went around looking for funds, as I was told that the funds will have to come from the private sector.

“The monies were remitted into NTDC account and I went to Brazil to secure the venues and hotel accommodations.

“Sally Mbanefo, all of a sudden cancelled all the plans that we had and went ahead to do a sham Nigerian football fans village in a hotel room in Brazil.

“Za entertainment will have nothing to do with a sham fan’s village in a hotel room.

“I didn’t have money to do anything in Brazil as planned as all the money was supposed to come from NTDC.”

'When asked to confirm the alleged confrontation between him and the DG, he said: “We had an altercation in Brazil. When we were at the reception of the hotel, she asked me for my copy of the MoU of the project that we signed and I went upstairs to my hotel room and I brought it to her.

“There were five persons present at the reception with us: the labour leader from NTDC, a journalist form The Nation Newspaper, Omolola from Thisday Newspaper and another lady from NTA.

“Immediately she got hold of the MoU, she tore it into pieces and began to chew it; I then grabbed her and took the remaining pieces from her asking why she was doing that?
“Till today, she has not given me an answer to that.”

He added that the budget for the project was between 40million and 50million Naira.
“Brazil is packed with Nigerian fans and it is just a shame what NTDC has done, she stooped so low to do this.

“I heard from the grapevine that some banks paid some money to her but I can’t confirm that. What I can say is that we spoke to banks like Zenith bank and they promised to partner with us on the project. If there was no money at all, all she could have done was to cancel the event from here but she didn’t do that.

“I was under the impression that there was money, because I insisted that if there was no money given to me, I wouldn’t go to Brazil, but she prevailed on me that she would make the money available when we got to Brazil,” he said.

Mr Rufai Ladipo of Agile Marketing Company who was given the contract to market the project and raise funds for it stated his part of the story to The Nigerian Times.

He said: “Two weeks to the tournament, we had an MoU that includes how much we were going to be paid and I went around seeking for funds for the project.

“From information available to me, about four banks may have paid money to her and we have not seen anything and the failure of the fan’s village project should be blamed on the NTDC.

“We did everything possible to help them but unfortunately it has ended the way it did
“The brochure provided that all payments be made to either our own account or Omo-Agege’s account but that was not done. I also understand that some banks gave them money and the people at the NTDC should be able to account for that.”
When The Nigerian Times called to speak with the NTDC boss, her aide promised that she would call back as she was in a meeting, but instead her lawyer who identified himself as Barrister Mark Ibrahim called to say he had been asked to speak on her behalf.

He said: “The NTDC entered into an agreement with one Mr. Azania Omo-Agege the President of Za entertainment and the agreement provides that Omo-Agege who is the initiator shall source the funds and drive same and shall also construct the village and maintain same for the entire duration of the world cup.

“Her contention is that these two things were not done by them; there was no village built as contracted, instead of that, Omo-agege was now asking for more money after he had already been given $10,000 before leaving Nigeria.

“He was not ready to fulfill his own part of the agreement but the DG had to use one of the rooms in the hotel in which she stayed as a mini fan’s village in order not to disappoint Nigerians.

“According to her the man was supposed to raise funds for all that but refused to do so.”

The lawyer denied any altercation between the DG and the contractor claiming her kind of person would not do such. He however accused Omo-Agege of threatening his client in Brazil.' 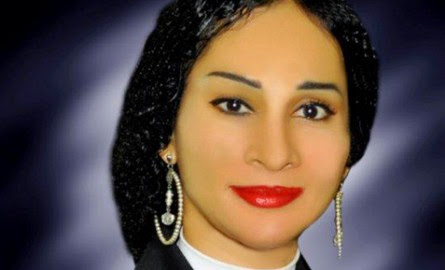