Marian, the wife of former national chairman of ruling political party, PDP is in the news. And for the wrong reasons.

Here bare details of the development

Ali slapped Nwaoboshi at the state secretariat of the party in Asaba, the Delta State capital.

Trouble erupted when the chairman asked Ali to relocate from where she was seated for a meeting of the party’s stakeholders.

Ali was told that the seat she was occupying was meant for the state’s Deputy Governor, Prof. Amos Utuama, who was also scheduled to be at the meeting.

Utuama and Ali are vying for the Delta North Senatorial District seat in next year’s general election.

'She thus sees the deputy governor as a rival.

Ali was said to have lost her cool as a result of the belief that the powers that be are using Nwaoboshi, whom she considers as her “boy”, against her.

Her belief is that the state chairman of the party was being used to discredit her.' 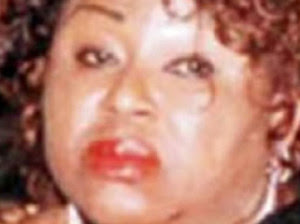