Speaker of the Lagos State House of Assemble. Adeyemi Ikuforiji has a date with destiny on Friday July 11 2014. 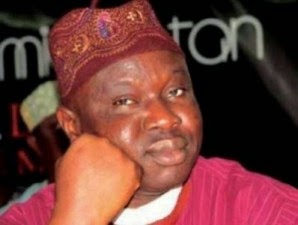 The outcome of the machinations of the day will in a way determine how far he would go he actualising his gubernatorial ambition
sources claim.

'Justice Ibrahim Buba of the Federal High Court, Lagos, has fixed July 11 to rule on a ‘No case submission’ application filed by Adeyemi Ikuforiji, Speaker of the Lagos State House of Assembly.

Mr. Ikuforiji and Oyebode Atoyebi, his aide are facing a 54-count amended charge of money laundering amounting to over N600 million.

The Economic and Financial Crimes Commission, EFCC, accused the Speaker and his aide of receiving the money from the Lagos State House of Assembly without passing through a financial institution.

At the resumed trial on Monday, Wole Olanipekun, counsel to Mr. Ikuforiji urged the court to discharge and acquit his client of all the charges in the amended count.

“There are three issues raised for determination, from constitutional to jurisdictional to that of sovereignity of the Office of the Speaker of the House of Assembly before arriving to the fact that no evidence has been adduced at all to prove the offence of money laundering,” said Wole Olanipekun, a Senior Advocate of Nigeria.

“Let me say this, on a very serious note, this is the first case of criminal proceeding in this country that a Speaker of a House is accused of money laundering.

“Not on money consumed by him in a personal capacity, but in respect of funds officially released after due requisition and spent on officials and staff,” Mr. Olanipekun added.

The prosecution had closed its case at the last sitting, on June 20, after calling its two witnesses – Adebayo Adeniyi, an investigator with the EFCC and Adewale Olatunji, a former Clerk of the Lagos State House of Assembly.

During his evidence, Mr. Adeniyi had detailed how the defendants allegedly laundered millions of naira through honorarium, renovation of the Speaker’s residence and guest house as well as to the Speaker’s wife, Mayowa Ikuforiji.

When it was time for the defence to open its case, Mr. Olanipekun filed a ‘no case submission.’

The Speaker’s counsel said that it would make a mockery of the country’s criminal justice system to prosecute someone for money laundering while discharging his official assignments.

“Just (recently), the Vanguard newspaper carried a headline that said $3.5 million was released to the Green Eagles and that a Minister of the Federal Republic of Nigeria was to convey that amount to them in Brazil,” said Mr. Olanipekun.

“By parity of reasoning, in respect of government transactions, the Money Laundering Act does not apply.”

Mr. Olanipekun said that financial proceedings and procedures of the House of Assembly are covered by financial transactions under Section 25 (of the Money Laundering Act).

“All the documents tendered by the prosecution in respect of official releases are from the account of the House of Assembly contained in Lagos,” he said.

“The Office of the Speaker is not a personal office, but a public office constitutionally created by Section 92. Each of the accounts have not accused the applicant of diverting public funds to his purse,” Mr. Olanipekun continued.

“PW2 (Second prosecution witness) when I put a question to him under cross examination whether the money was illegal, he answered sarcastically that it was not illegal. That unless government was illegal, then the money coming from it will be illegal.”

'Mr. Olanipekun noted that the question of the Speaker’s transaction exceeding the stipulated threshold should not arise.

“Apart from imprisonment, the law stipulates that 25 percent of the laundered money be forfeited to the federal government.

“Will the money of the Lagos State government forfeited to the federal government, the answer is in the negative.

“And how do you make him (the Speaker) forfeit what others had utilized?”

Mr. Olanipekun also stated that his client is sovereign and was covered under the immunity law, a federal legislation, which protects the accused person from criminal prosecution.

He further said that the Speaker was being charged under the 2004 Money Laundering Act, which had been repealed by the 2011 version.

“This trial amounts to witch-hunting and criminal prosecution should not be used for that,” he added.

In his response, Godwin Obla, counsel to the EFCC, said that the defendants were deliberately charged under the 2004 Act to avoid the Bode George treatment.

“If we had charged them with 2011 Act, they would have used the Bode George example which the Supreme Court stated that no such law existed as at the time of committing the offence. That’s why we decided to use the 2004. The offences were committed between 2010 and 2011,” said Mr. Obla, a Senior Advocate of Nigeria.

“The wording of the statutes of the 2004 and 2011 Acts has not changed, what has changed is the threshold,” he added.

The EFCC counsel said that the Speaker’s aide had admitted, in a confessional statement, that he collected cash on 57 different occasions and Mr. Ikuforiji had also admitted that the money was remitted to him.

On the issue of immunity, Mr. Obla said that the constitution states that it covers only the president, vice president, governor, and deputy governor.

“The privilege of the members of the House does not include protection from criminal arrests,” Mr. Obla added.'
Posted by MAN ABOUT TOWN at 2:29 AM