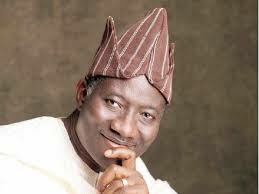 The president has ordered the duo flown to a choice hospital abroad
- and that the Federal Government would foot the bill.

Here is the full report of this development

'Determined to restore the health and fitness of two Super Eagles players, President Goodluck Jonathan has ordered that Onazi Eddy Ogenyi and Babatunde Michael be flown to a “choice” hospital in London for proper care.

Jonathan said the nation owes the two players a duty to restore their shape in order to be able to sustain their career. Midfielder Babatunde Michael was injured during the second half of the Super Eagles encounter with Argentina and underwent surgery to fix his damaged wrist.

On his part, the World Cup dream of Onazi, the Lazio of Italy player, was cut short during the Super Eagles’ last match with Les Blues of France as a result of rough tackles from Blaise Matuidi. The players were expected to have been flown to London on Sunday night or Monday. According to a reliable presidency source, the Federal Government will bear the medical cost of the two players at an undisclosed hospital.

'It could not be immediately ascertained whether the players indicated their preferred hospital or were recommended to the unnamed hospital. The source said the “medical rescue” for the two players by Jonathan is not to the knowledge of the Nigerian Football Federation (NFF). The source said: “The President said the two players must not be allowed to lose their career to injury.

He directed that everything must be done to put the injured players in shape for the next season. “The President said with the alleged financial mess in NFF, the government cannot leave the fate of the two players to the association. “So, it is a direct presidential intervention and the cost will be borne solely by the Federal Government. “What they are going for in London is a ‘referral’ opinion on their injuries. “These injured players will be taken to a specialist/choice hospital in London and the Nigerian High Commission in the UK had been notified.”'