Intriguing Tales Around Sifax Bos, Taiwo Afolabi Spark Off Speculations Of Who Is After Him 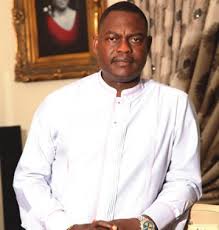 Blood sport is brought to its apogee in the arena of the Nigerian rumour mill, every time the discussion segues to Taiwo Afolabi.
The boss of SIFAX Group has over time become the meal ticket of the random gossip and hardened traducer earnestly inured in the enterprise of ceaseless fibbing and slander. It has become the past time of many a gossip to fabricate tenuous news about Afolabi’s relationship with the opposite gender, particularly female entertainers and celebrities. Due to his predilection for helping people, Afolabi has persistently been in the news for the wrong reasons. Rumour mongers have accused him of various ridiculous escapades with certain A-list actresses in the country.

The list of his alleged mistresses include top married and unmarried actresses but sources close to Afolabi dispelled the rumours, claiming that the SIFAX Group boss is simply being misunderstood and maligned by mischievous characters who deliberately misinterpret his relationship with beneficiaries of his generosity, to achieve their own selfish objectives.
Afolabi is a force in the shipping business in Nigeria. He has an enviable record in the industry, which makes him tower above so many of his competitors. And his unwavering generosity, according to his apologists, has aided the growth of many a struggling entrepreneur within and outside Nigeria. Afolabi’s bigheartedness, they argued, has been responsible for several wrong allegations fashioned against him by mischief makers.