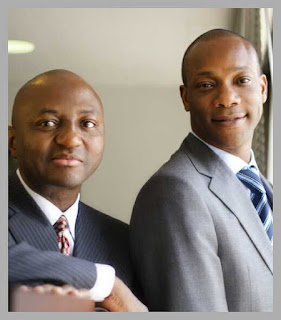 A Federal High Court in Lagos on Tuesday adjourned till March 24, 2017, hearing in the suit filed by Miss Oluwatise Aderinokun, the eight-year-old and last child of the late founder and former Managing Director of Guaranty Trust Bank Plc (GTB), Olutayo Aderinokun, against the bank and six others over alleged manipulation of her late father’s shares.

At the resumed hearing of the suit Tuesday, the seventh defendant, Investment One Financial Services Limited, one of the vehicles used by late Aderinokun, to acquire shares in GTBank, informed the court that it had filed an affidavit of facts before to assist the court in the judicious determination of the plaintiff’s suit.

In the particulars of the affidavit of facts deposed to by one Mike Okoh, he averred that contrary to the averment of the sixth defendant, Mr. Babatunwa Aderinokun, that the third to fifth defendants companies, namely: Kanali Investment Limited, Day Waterman Company Limited and Cariboo Investment Limited were incorporated as asset holding companies and vehicles through which late Aderinokun acquired invested and held his asset while planning his Estates during his lifetime.

The deponent averred further that other shareholders and board of directors of the above mentioned companies constituting the first wife of the deceased, Mrs. Olufunlola Aderinokun, and the children of late Olutayo Aderinokun were fully aware of the deceased assets protecting strategy via corporate vehicles.

He further stated that none of them paid for the shares neither do they participated in the management of the companies during his lifetime but only him ran the affairs of the companies. 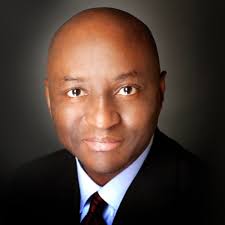 The deponent averred further that the incomes from the assets of the companies were enjoyed by late Aderinokun mixed with his personal incomes, as he used his personal incomes to purchase assets in the various companies, as his assets are intertwined with the corporate assets of the companies during his lifetime. He acquired his assets and GTBank’s shares in the name of the three companies, which by his Will, indicated that his GTBank’s shares held in the names of three companies be distributed equally by his children.

The issues regarding the distribution of his GTBank’s shares have been the subject of various discussions between the executors of his estates.

However, Olumide Aju, lawyer representing Babatunwa Aderinokun, urged the court to strike out the affidavit of fact as it cannot be placed within the realm of any law.

In the ensuing legal battle, Oluwatise Aderinokun who is suing GTBank and other respondents through her mother, Mrs. Salamotu Aderinokun, in a suit marked FHC/L/CS/1723/2015, is urging the court to declare that the recognition of three limited liability companies Kanali Investments Limited, Day Waterman Company Limited and Cariboo Investment Limited (the proxies), as being entitled to the rights accruing to the shares issued by GTBank, held in the proxies’ names and in the name of her late father, Olutayo Aderinokun, is wrong and breach of the implied contract between the defendants and her late father.

She also want the court to make an Order of Specific Performance of the implied contract between her late father, Olutayo Aderinokun, and GTBank, and Datamax Registrar Limited, whereby the said defendants are to accord late Olutayo Aderinokun all the rights and, or beneficial interest in the shares purchased by her late father, and issues by GTBank in the name of his corporate vehicles used as the proxies.

An order of perpetual injunction restraining GTBank and other defendants in the suit from cknowledging/recognising the proxies as being the beneficial owners of the rights accruing to the shares held in their names in GTBank, and paying any sum declared as dividends accruing to her late father’s shares held in his name, and the names of the said proxy companies on the instructions of the directors on record.

The plaintiff, in her statement of claim filed before the court by her lawyer, Osaro Eghobamien (SAN) of Perchstone and Graeys, averred that upon the death of her father, he gave legacies and directive to his two wives and four children and her late father also appointed GTBank Asset Management Limited (now Investment One Financial Services Limited), and Mr. Babatunwa Aderinokun as joint Executors and Trustees, both whom were granted Probate on February 16, 2012.

She also averred that during the lifetime of her father, he had a peculiar manner of acquiring his assets, using the Proxies, among other corporate structures, rather than holding these assets directly in his own name, and that payments that were made for asset acquisition, or funds received in respect of the Proxy companies, were either paid from or into his personal accounts-

thisday
Posted by MAN ABOUT TOWN at 4:56 AM