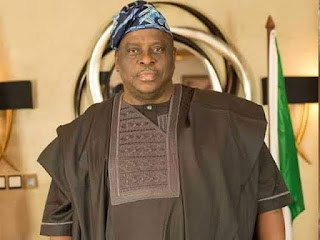 Former Senator who represented Senator representing Ogun East, Senator Kashamu Buruji is Dead
He died of complications from Covid-19.
The deep pocket of many controversial parts was initially treated at an Isolation Center in Lagos State and declared Covid-19 negative, but the rage of underlying ailments forced him into admission at an upscale health facility – also in Lagos State – for advanced care.


The gubernatorial candidate of the People’s Democratic party in Ogun State in the last general election however lost the battle to stay alive earlier today, Friday, August 8, 2020.
Posted by MAN ABOUT TOWN at 12:10 PM