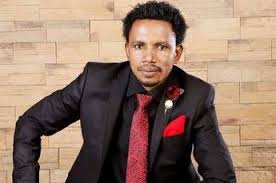 A Magistrate Court sitting in Abuja has dismissed an assault case filed against Adamawa-North lawmaker, Senator Elisha Abbo, by the Nigeria Police Force.
Delivering his judgement on Friday, the Magistrate, Abdullahi Ilelah held the police failed “to prove beyond a reasonable doubt that the lawmaker assaulted Warmate on May 11, 2019.”
Ilelah said, “The evidence and exhibits tendered do not disclose a prima facie case of the alleged crime of criminal force and assault against the defendant (Abbo).

“The prosecution’s case centred on the oral evidence of PW1 (Warmate) and the two discs contained a CCTV footage of the incident and alleged video clip of an apology from the defendant (Abbo).”
“The medical report of Mega Sight Eye Clinic did not disclose in detail what happened to the victim and Dr. Ambrose Ibegbule who wrote the report was not called as a witness.
“The video of the press conference showing Senator Abbo apologising was not tantamount to an admission of guilt as it wasn’t a confessional statement.
“The testimony of the victim was so weak because the allegation has not been substantiated in any material particular.
“The IPO (Investigating Police Officer) did not investigate this case at all or she just charged the defendant to court via the F.I.R (First Information Report) without due care and attention. In fact, she has succeeded in creating a doubt in the mind of this court during cross-examination and the Supreme Court held that where there is a doubt in a criminal trial, such doubt should be resolved in favour of the defendant.
“The court would rely on the law and not logic or media reports because he who alleges must prove.
“The defendant is hereby discharged under Section 303(3)(c) and (d) of the ACJA 2015,” the magistrate said.
Posted by MAN ABOUT TOWN at 1:49 AM