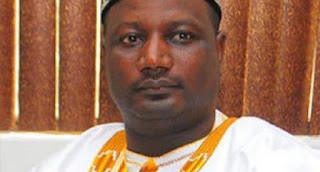 A United Kingdom Court has jailed the Chief Executive Officer of Rahamaniyya Oil and Gas Limited, Abdulrahman Bashir, after he was found guilty of breaching multiple orders of the court in a pending suit instituted by Sahara Energy Resources Limited.

Justice Butcher of England and Wales High Court handed a 10-month jail sentence to the oil mogul, and has ordered him to comply with requests for the release of 6,400.69 metric tonnes of gas oil to Sahara Energy Resource Ltd. or its agent from Rahamaniyya Oil and Gas Ltd. This was in line with the deal Ultimate Oil and Gas, the trading arm of Rahamaniyya Oil in the Dubai Multi Commodities Centre (DMCC), entered into with Sahara Energy in 2018. In the signed contract, Ultimate Oil and Gas agreed to buy, and Sahara agreed to sell 15,000 metric tonnes in the Vacuum of Gas Oil.

A Collateral Management Agreement (CMA) containing a London arbitration clause was entered into on July 8, 2018 between the two parties and it was further learnt that Rahamaniyya agreed to store the gas oil at its terminal pending payment by Ultimate. Sahara, it would be recalled, delivered a total of 14,967.159 metric tonnes of gas oil to Rahamaniyya’s terminal in Nigeria and also issued invoices for the gas oil on October 26, 2018 for $10,760,728.77.

The payment should have been made by August 29, 2019 but Ultimate defaulted in making necessary payments. In December 2018, Ultimate and Sahara entered into a settlement agreement in which Ultimate confirmed that the value of gas oil that had been delivered was $10,760,728.77, and agreed to make a series of monthly payments for it. Court records showed that some payments were made, in consequence of which some 8,566.469 metric tonnes of gas oil was released to Ultimate. Ultimate, however, reneged in performing the terms of the settlement agreement in full by making all the payments due. After various warnings, on May 10, 2019, Sahara terminated the settlement agreement, notifying Ultimate that its agent, Asharami Synergy Plc. would take delivery of part of the remaining gas oil from the terminal.

Various attempts made by Sahara, according to the court papers, to obtain delivery of the gas oil were futile, leading to the lawsuit which was filed both in Lagos and in the United Kingdom. Justice Butcher, who delivered the third order following a contempt of court judgement, said: “The basis of he sentence was that Mr. Bashir had committed continuing breaches of the order of Mr. Justice Robin Knowles of 1 August 2019 and of the order of Mr. Justice Bryan of 6 September 2019.” There was also a binding indication that the sentence could be reduced to six months if Bashir complies with the relevant order which had previously been breached. He was also fined £500,000 while Adebowale Aderemi, its manager, was fined £10,000.

newtelegraphng
Posted by MAN ABOUT TOWN at 3:22 AM