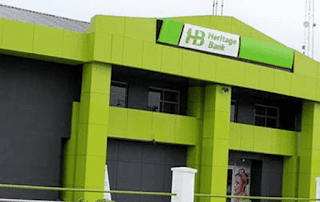 The victim discovered the heist and raised an alarm. The Economic and Financial Crimes Commission, (EFCC), stepped in, arrested, and investigated Omeje. The anti-graft body decided to prefer a lone count charge of stealing against the banker.

During her arraignment, Omeje told Justice D. A Onyefulu of the Anambra State High Court she was not guilty of the charge. Prosecutor, Mike Ani therefore asked the court for a trial date.

In her ruling, Justice Onyefulu admitted the suspect to bail in the sum of N20m and a surety in like sum. The surety, the judge said, must show evidence of tax payment, own landed property in the state, and would deposit the land titles with the court’s registrar. More so, the surety must swear to an affidavit of means, and will produce two passport photographs of himself and the defendant.

Until her arrest, Omeje was a manager of Main Market branch of Heritage Bank in Anambra State, in Nigeria’s Southeast.