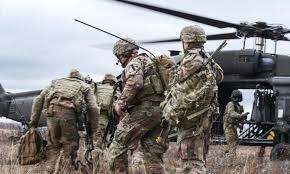 President Trump on Saturday praised the role U.S. special forces took in the rescue of an American citizen who had been kidnapped by armed men in an operation in northern Nigeria that is believed to have killed several of his captors.

Forces including Navy SEALs rescued 27-year-old Philip Walton, who had been abducted on Tuesday from his home in neighboring southern Niger, two U.S. officials said on condition of anonymity, adding that no U.S. troops were hurt.

"We got our young man back, and the other side suffered gravely," Trump said during a campaign stop in Pennsylvania.