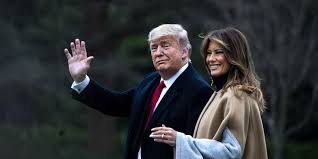 President Donald Trump announced early Friday that he and his wife both tested positive for the coronavirus, an extraordinary development coming months into a global pandemic and in the final stretch of his reelection campaign in which he has flouted experts' guidance on preventing the disease's spread.

The diagnosis amounts to the most serious known health threat to a sitting American president in decades. At 74 years old and obese, Trump falls into the highest risk category for serious complications from the disease, which has killed more than 200,000 Americans and more than 1 million people worldwide.
Posted by MAN ABOUT TOWN at 12:25 AM