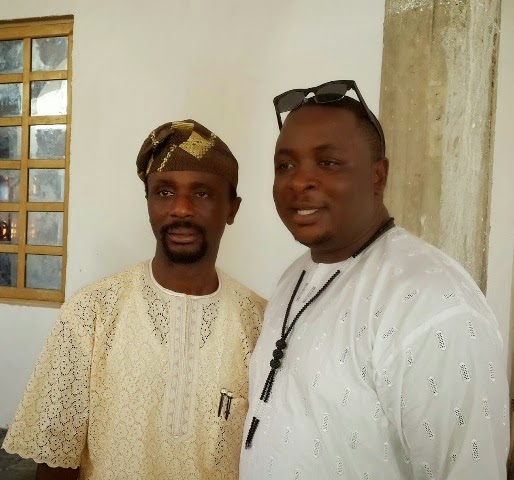 The is a raging fight going on between half brothers and sons of one of the richest kings in Africa, Oba Oabteru Akinrutan. .

Sources confirmed his sons Yomi and Femi are presently at war over who controls their father's business empire valued at $300m - and discreetly positions himself as the successor of the popular monarch!.


Here is a reproduction of unraveling spectacle throwing the Akinrutans apart by the day .

'The Apapa, Lagos office/depot of Obat Petroleum is gradually becoming a war front judging from recent events where the two sons of powerful monarch, Oba Obateru Akinruntan, Femi and Yomi are at each other's throat over the control of the oil company.

The genesis of the crisis was traced to an enormous fraud that rocked the company some months ago.

The flamboyant Managing Director of Obat Petroleum, Femi who is the second son of the Chairman was said to have diverted some of the company's fund into a private business, a development that led to the sack and arrest of the company's accountant and some workers who were believed to be loyal to Femi.
Femi who feared the consequence of his action was said to have fled the country and took refuge in America only to return after he was guaranteed that his father had been pacified by some friends and family members who pleaded on his behalf.

A source close to the family revealed that the father who wanted to punish Femi for his misdeed appointed his first son, Abayomi who was initially the company's Director of Operation before he was relieved to head the  company in Femi's absence.

'It was further gathered that Femi's re-appearance changed the equation as he resumed into office and demanded to be returned to his position as the Managing Director.

The first blood was drawn  some weeks ago when a memo was sent and the company's secretary addressed Yomi as the company’s Managing Director.
Femi was said to have flown into a rage and confronted his brother who tried to calm him down.

The matter was said to have been reported to their father who ordered the secretary the Secretary’s suspension. 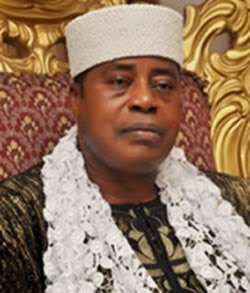 A close friend of the brothers revealed to City Info that Femi is an ingrate, he stated that Yomi is the first born and he was the one that asked Femi to relocate from America to help him with the control of Obat Petroleum.

He furthermore disclosed that Femi's interests always clash with that of Yomi, he was quoted to have claimed that 'Febson mall in Abuja was taken from Yomi and given to Femi's boys, in the area of politics, even the kingship Femi has an ambition but Yomi was only playing cool because he sees him as a misled brother who will later understand'.
The feud between the brothers was said to have been kept secret with a warning from their father who promised to resolve the matter.

Yomi was said to have fallen out of their father's favour for his financial recklessness with their father not knowing Yomi was better than Femi in spending not until the latest financial mess Femi plunged the company into.
The brothers were said to have been inseparable not until some friends came between them, an individual, Sebastian was fingered among the people watering the seed of discord among the brothers.
Yomi who always play the big brother role was said to have doused the tension some weeks ago when he dedicated his facebook page to Femi's birthday with the message 'Happy birthday to a wonderful brother...’.