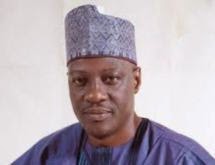 Here are
details of this occurence

A  seven-month-old baby has shown symptoms of the Ebola virus in Ilorin, Kwara State.
However, the state government in a swift reaction said it has taken precautionary steps by having the baby boy quarantined.

It equally allayed any fear of the outbreak of the disease in the state.

The Chairman of the state committee on the Control of Ebola Virus Disease, Prof. Sunday Opabola, said there was no confirmed case of the disease in the state as at Thursday (today).

Opabola said all along, what had existed were mere speculations.
He said samples collected from the baby had already been taken for tests at two centres in Lagos.

One of the centres is the Lagos University Teaching Hospital.

He said the result of the tests are expected to be out on Friday.

Opabola said the state Governor, alhaji Abdulfatah Ahmed, had ordered for test equipment to be installed at the state’s Advanced Diagnostic Centre in Ilorin.

He said the government had commenced trace contact, added that it was carrying out the measure with the use of the standard recommended by the World Heath Organisation to ensure the exercise was effective in the bid to keep the state safe of possible spread of the disease.

Opabola, Ahmed’s Senior Special Assistant on Public Health, said the baby was found with some symptoms that are not exclusive to Ebola, but also to Lassa fever, cholera and malaria among others.

He said the baby had been brought to Ilorin, the state capital, by his parents who had come to the town for a visit from Ibadan, the Oyo State capital, after one of those taking care of him had returned to Ibadan from Lagos, where the disease first broke out.

He said that the baby initially came up with symptoms of malaria and was being treated on that for about two days without improvement before his mother was advised to take him to a private paediatric specialist hospital in Ilorin.

Opabola disclosed that the paediatrician medical director of the hospital carried out a clinical assessment on the patient and discovered Ebola-like symptoms such as fever, diarrhea, and vomiting of contents that partly contained blood.

He said this made the doctor to make a report of the baby’s case to the relevant government agency for necessary actions.

He also disclosed that the government has decided to temporarily close down the private hospital where the baby was taken to.

Opabola said though it was not yet established that the baby’s case is Ebola, he added that the government was taking these proactive measures as part of its commitment to keeping people in the state insulated from being infected.

He said that those treating the baby at the Specialist Hospital used Personal Protective Equipment, adding that the ambulance used to take him to the specialist hospital had been dedicated for such an assignment, while it is to be regularly decontaminated.

Opabola disclosed that the government has also decided to establish isolation and quarantine centres at the Specialist Hospital and the General Hospital at Omu-Aran and at Okuta.
Posted by MAN ABOUT TOWN at 12:50 PM