The embattled Deputy Governor of Enugu State, Sunday Onyebuchi has been impeached by the State House of Assembly today (Wednesday August 26 ).

His impeachment, which was carried out precisely at 10:39 am came after the House adopted the 7-man panel report that investigated allegations of gross misconduct levelled against him by 22 of the 24 members of the House.

Part of the allegations against the unseated number two man includes operating poultry in his official quarters.

The motion for the adoption of the report was moved by the House Leader, Hon. S.K.E Udeh-Okoye. He said the panel of investigation had come up with the conclusion that the “allegations of gross misconduct levelled against Onyebuchi by the House have been approved.”

It would be recalled that the State Chief Judge had earlier set up a 7-man panel to investigate allegations of gross misconduct levelled against Sunday Onyebuchi before his impeachment. 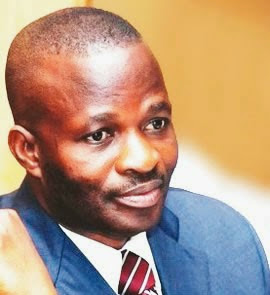