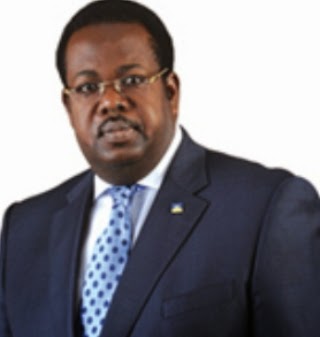 
The details are reproduced.

Four bankers: Mansur Danlami, Ejiro Eborikpo, Nina Stephen and Samson Nwodo have been arrested by the operatives of the Economic and Financial Crimes Commission (EFCC) for conspiracy to steal the sum of N5, 100, 000 (Five Million One Hundred Thousand Naira Only) from a customer’s account 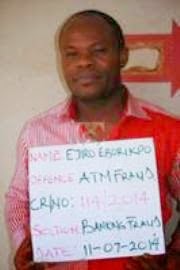 The suspects, all staff of Zoo Road Branch of First Bank Plc allegedly conspired among themselves to issue ATM card to an impostor, in the name of Samuel Omede, a bona fide customer of the Bank in Bayelsa State. 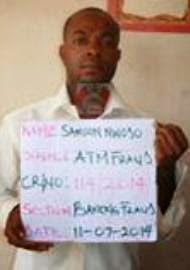 After the issuance of the purported ATM card, the impostor used the card to steal N5, 100, 000 (Five Million, One Hundred Thousand Naira Only) from Samuel Omede’s account. 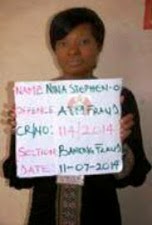 The suspects are still being interrogated in the Kano Zonal office of the EFCC and will be charged to court as soon as investigation is concluded.
Posted by MAN ABOUT TOWN at 3:07 AM