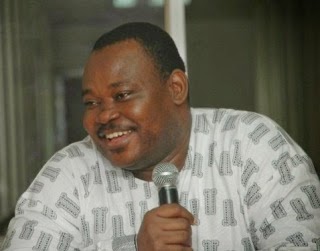 Controversial moneybag Dr. Jimoh Ibrahim will never cease to amaze and amuse. While workers in his dwindling conglomerate, especially those  in his three media companies, wallow in poverty due to several months salaries being owed, the self-styled Mr. Turnaround
gathered a few politicians from Ondo state to Obafemi Awolowo University in Ile-Ife, to teach them about turnaround and job creation in Ondo state. The man from Igbotako is hoping to succeed Mimiko come 2016. But not a few in his Team JI had a silent laugh, wondering how a man who has run virtually all his companies aground and who owes salaries and evades taxes would be postulating on turning Ondo State round. 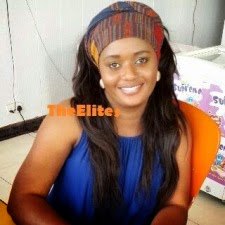 Equally intriguing is his recent decision to install biometric monitors at Global Fleet Oil and Gas and National Mirror, for staff to clock in and out, when both companies are haemorrhaging badly due to bad management and inconsistency of vision.
But by far the most rib-cracking of Barrister Ibrahim’s penchant for the unusual was how he outsmarted and humuliated Pat, s Sierra Leonian beautiful mother of two, who until last month, played two roles to the maverick billionaire – working as an executive assistant of some sort and, perhaps more importantly, attending to the billionaire’s nether region. She, reportedly, did this to satisfaction both at the VGC hotel office of the billionaire and in London, whenever she traveled with him. Pat used to be married, while living in the United Kingdom, but she accepted the undefined job offer from Ibrahim after her marriage crashed.
However, Pat soon realised she couldn’t monopolise her loverboy boss. Almost every female CEO or top manager or just about any female staff is in competition for the GMD’s time, pocket and zipper. But by far, her main competitor was Seun, the voluptuous mother of two who managed the hotel for Ibrahim. Sources disclosed to The ELITES that Seun was desperate to have her boss to herself, especially, after convincing him to dump his sprawling energy house office for a smaller, slaughter slab office within the hotel. And so, when the heat became too much, Pat took a walk without following a proper resignation procedure, and neither did she inform her bossman. She kept out of sight until early this week, when she resurfaced, announcing her arrival with irresistable catwalks, titillating make-up and dress.
The Sierra Leonian bombshell must have heard that the hitherto influential Seun had, last week, been booted out of office on the flimsiest of excuses. In her stead now is one Funke, who was a secretary in Air Nigeria at a time, but who, now is now tending to Ibrahim’s needs as his executive secretary. Thinking that it was her time to shine, Pat then resurfaced with entreaties to her boss-man. She convinced him that she is Ebola-free and that she was back and better, all for Ibrahim’s every conceivable needs.
Ever tactful with the highest degree of sly, Ibrahim, reportedly, took her in for a private session and after several hours of ‘reunion’, he asked the Sierra-Leonian woman to resume the next day with a typed letter of apology for absconding, so that her file could be reopened properly.Sensing no danger, Pat reportedly returned the next morning with a duly signed letter of apology, where she promised to be of good behaviour henceforth. Satisfied that the lady had bit the bullet with the apology letter, Ibrahim now called several of the staff and nearly everybody around to his office, after asking Pat to excuse him for a while. Feeling cool with himself that another of his conquests would soon be dragged in the mud, Ibrahim read out the apology letter to them, laughed raucously and decreed that Pat is disloyal for abandoning her work and deserves not to be in his conglomerate. He then summoned the poor Sierra Leonian back into the office, fuming with fury, and tongue-lashed her out of his presence and premises.As the staff of the hotel awaits the new substantive General Manager for the hotel, not a few is aware that with seven GMs in the last three years, mostly female and all being disgraced out one-by-one, that office is jinxed.
Posted by MAN ABOUT TOWN at 2:41 AM