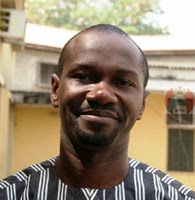 He was picked up as part of investigations into a case of multiple fraud running into N3.8b.

A Lagos businessman who allegedly diverted N3.8billion loan secured from an old generation bank has been arrested by the Economic and Financial Crimes Commission, EFCC. Samuel Joseph Managing Director of Vegefresh Company Limited, Rhema Doormart West Africa Limited, and Plywood and Chemicals Accessories was picked up this morning by operatives of the Commission in Lagos.

He allegedly collected the sum of N2, 000, 000, 000 (Two Billion Naira only) in February 2012 as loan through Vegefresh Company Limited ostensibly for the purpose of setting up a Tomato Processing Plant in Bauchi and Tomato Cannery in Badagry, Lagos, as well as Cassava factory in Ogun state.

The bank alleges that the suspect deliberately diverted the funds for purposes other those intended as evidenced by inappropriate transfers made within and outside the bank.

The suspect is also alleged to have collected a property worth N400 million on lease from bank, paid N100 million deposit and later demolished and sold the property before attempting to pay the balance of N300million.

At the point of paying the balance, the new management of the bank smelt a rat and rejected the payment. The bank later discovered that the suspect paid the initial deposit from the N100m loan he obtained from the same bank which he re-routed through accounts of companies that are his alter ego, back to the Bank’s Assets Disposal Account.

The original title to the property is still in the bank’s possession, raising questions as to how the suspect sold the property.
Investigation into the case continues
Posted by MAN ABOUT TOWN at 5:11 AM