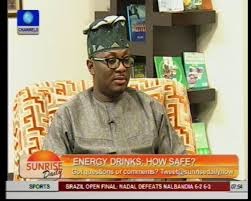 Only his party,
the All Progressives Congress has the master stroke to make Nigeria great again.

And to achieve this he enjoins all to vote for the party's candidate across board.

One of those firm believers in the supremacy of Party, who now champion an immense cause for the All Progressives Congress (APC), is the Federal Lawmaker representing Kosofe Federal Constituency of Lagos in the House of Representatives- Hon. Dayo Bush-Alebiosu.

Hon. Dayo Bush- Alebiosu, the cerebral and highly respected two-term Federal Legislator who chairs the House Committee on Treaties & Agreements is now spearheading the campaign towards ensuring that all candidates presented by APC for the Presidential, Governorship, National and State Assemblies polls defeat contestants from other political parties.

In his wisdom, he had directed his supporters to put the Primaries behind them and work for the overall success of the party in all the elections and ensure that APC put the PDP and other political parties into opposition in the Centre and consolidate the 16 years of progressive governance and sterling achievements which the National Leader-Asiwaju Bola Ahmed Tinubu and the actualiser- Mr. Babatunde Raji Fashola SAN, have bequeathed to Lagos State and which Mr. Akinwunmi Ambode is ever-ready and willing to continue in the Centre of Excellence.

In his words ‘Only APC has the masterstroke to make Nigeria great again as it is profoundly obvious of what APC government in the centre is capable of doing going by the sterling successes being achieved  in all the States  being controlled by APC.’
Posted by MAN ABOUT TOWN at 2:11 AM