Myriads Accusations Of Fraud Force Immediate Past M.D Of Federal Mortgage Bank Gimba Ya’u Kumo Off The Scene, Said To Be On Run!

Immediate past Managing Director of Federal Mortgage Bank of Nigeria, Gimba Ya’u Kumo is in a bit of tight corner. 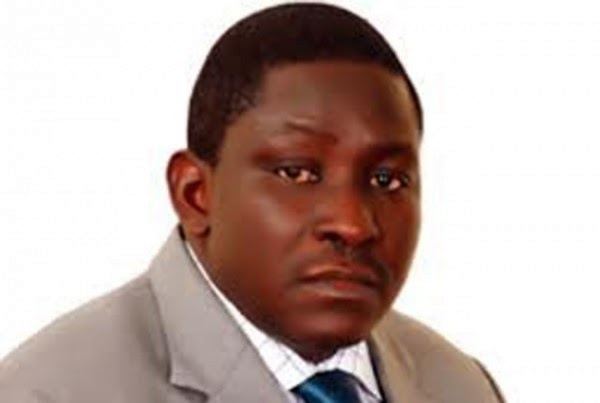 He is said to be facing multiple fraud allegations that has forced him off the scene
.

Ex-Managing Director and Chief Executive Officer of Federal Mortgage Bank of Nigeria, Gimba Ya’u Kumo who was recently relieved of his post has taken to his heels to escape prosecution after his tenure came under the searchlight of the National Salaries, Incomes and Wages Commission.

Gimba(pictured) last year was conferred with the National Honours Award of the Officer of the Order of the Niger(OON) by President Goodluck Jonathan in September, and received the 2013 UNESCO Public Service Award.

However, his life is presently in a mess after the Wages Commission received several petitions accusing him of sleaze.

Kumo and three of his accomplices were said to have paid themselves severance packages at the end of their tenure in October 2014 though sources said their tenure might have been renewed gongnews.net reports.

According to available document obtained from the FMBN, these payments were made on the 31 October, 2014.

The payment of severance benefit was said to be the height of other alleged fraudulent deals perpetrated by the administration of Kumo.

Other fraudulent deals highlighted in the petition included the multi billion Naira fraud mortgage finances and deductions from Civil Servants and alleged extortion of contractors who work for the bank who were made to pay heavily into an account to support the re-election of President Goodluck Jonathan.

It would be recalled that Kumo’s management team had in the last one year, appeared before the Senate committee on Housing to answer fraud related allegations against the management. Some of the allegations borders on unjustifiable contracts and spending.

The embattled MD is alleged to have diverted most of the funds meant for Housing in Gombe and the North east to fund the construction of his five star hotel in Gombe.

Source claimed that Kumo may have opted to go on the run to escape prosecution after his fraudulent activities came into the open. It was said that no one has sighted him for almost two weeks and all his known mobile phone lines are switched off.