Once one has got the money habit, it is extremely difficult to kick it; some are overwhelmed by the habit and some simply manage to tame the habit. The latter breed is constituted by such moneyed men like Alhaji Hadi Sirika who shot to wealth and acclaim in the wake of his great relationship with Mr President. 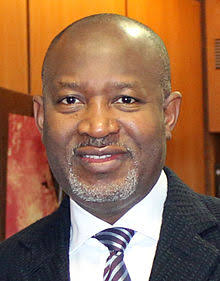 Very few people know that Hadi has a weakness for the good life. In fact, one would have to get very close to him to know that he never dithers from acquiring the finest luxury money can buy.
Yes, Hadi Sirika, the fun loving minister of Aviation is in Bahamas.  The junior aviation minister is hardly around to monitor what is going on in his ministry as he has deserted his duty post to frolic in the Bahamas.
Sirika reportedly neglected urgent demands of his office and jetted out of the country for the Bahamas where he is having wild, uninhibited fun as you read. It would be recalled that Sirika engaged in a protracted superiority tussle with the senior minister in charge of his ministry, Rotimi Amaechi.
When the fight got dirty between them, Amaechi reportedly made a complaint to President Buhari, asking him to call Sirika to order. But the president refused to do Amaechi’s bidding thus worsening the rift between the duo and casting a dark pall over the nation’s aviation ministry.
Sirika is no doubt one of the most controversial figures of President Buhari’s ‘change’ team. Soon after he was fingered as been embroiled in bitter conflict with his superior minister, Amaechi, he is stymied in scandalous gossip of his rumoured lust for a woman close to the Presidency.
At the backdrop of this worrisome proceedings, Sirika has reportedly deserted his office to cavort in the Bahamas