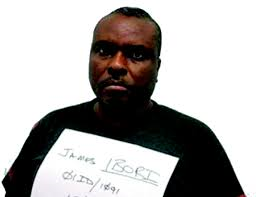 James Onanefe Ibori, the former Delta State governor who became the international symbol of Nigerian corruption when he was tried and jailed in the United Kingdom in 2012, will not be home for Christmas at the weekend, or anytime soon, contrary to rumors.
A former commissioner in Mr. Ibori's administration, Ighoyota Amori, had created the euphoria among Ibori’s
followers that his former principal will be home for the Xmas from his jail cell in England.

Mr. Amori first made the claim on September 25 in a speech in Ibori's hometown of Oghara, Ethiope West local government area of the state, during the 50th birthday celebration of the former Commissioner for Transport, Ben Igbakpa.
“Our leader, Chief James Onanefe Ibori will soon return to Oghara,” he bragged repeatedly, asking for prayers for their hero.  “Chief James Onanefe Ibori will spend this year’s Christmas with us here. His coming is as certain as death. We will all gather to give him a wonderful reception here in Oghara. And our lives will begin again once he returns to the country."
But Mr. Amori assurances were as fraudulent as Ibori’s bank balances.  Just three days ago, Mr. Ibori's spokesperson Tony Eluemunor issued a statement asking the public to disregard any talk of Ibori returning home anytime soon.
SaharaReporters reliably gathered that hopes of Mr. Ibori’s release had been based on the grievous miscalculation that his lawyer's claim of corruption by some UK policemen involved in his investigation, as well as the prosecution team's dissolution would magically result in his early freedom.  The judge handling his case has however insisted that the confiscation hearing aimed at determining if Ibori hid any of his assets from the UK authorities would go ahead.
That hearing, not shameless Christmas parties in Delta State paid for with dubious funds, is all that Mr. Ibori could look forward to this week, as it was scheduled to begin yesterday December 19, and may last till the middle of 2017.
Based on Mr. Amori’s baseless declarations, however, a chain of events was unleashed in Delta State as the government, members of the People Democratic Party, the people of Oghara, and some other elated Deltans began to prepare to welcome him home today, December 20, a date that became widely publicized.
SaharaReporters reliably learned that at various political and social gatherings, Amori repeatedly publicized this date for Ibori’s homecoming, with the local media whipped into a frenzy about it.
Following Amori predictions, the people of Oghara, embarked on cleaning up and beautifying the community with Ibori posters all over the place.
Equally thrilled, SaharaReporters learned that state governor. Ifeanyi Okowa released over one billion Naira ‘sfor the renovation of Ibori country home and for road constructions, among other things.

saharareporters
Posted by MAN ABOUT TOWN at 2:46 AM