A firm, Obat Oil and Petroleum Limited, yesterday proposed an out of court settlement with Skye Bank Plc in an alleged N1.4 billion debt owed the bank.
The bank, in a suit before Justice Jude Dagat of the Federal High Court in Lagos, is seeking the enforcement of an arbitral award dated August 7, 2015. 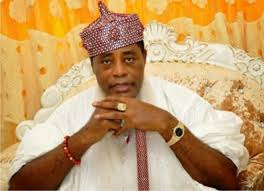 Skye Bank sought to recover a debt of N2,142,462,572.26 owed it by the oil firm.
The loan was guaranteed by Oba Frederick Eniti Akinruntan.
The bank further sought 15 per cent interest on the amount from April 2014 till the liquidation of the debt.

Yesterday, the company’s lawyer Mr. Olalekan Ojo moved a motion to regularise his processes, which was granted.
He said parties met on several occasions with a view to settling out of court.
“I most respectfully apply for a short adjournment to enable parties to effectively agree on repayment terms. They have been customers for years,” he said.
The bank’s lawyer, Mr. Sylva Ogwemoh (SAN), confirmed that meetings had been held, but that no offer had been made.
The senior advocate said: “No payment terms have been proposed to us. My hands are tied and my clients are eager. What’s in issue is depositors’ funds. If there’s a display of good faith, why not?”
Ogwemoh said a meeting was held on November 14, but that Obat Oil did not improve on its initial offer of N100 million part payment.
“They owe N1.4 billion and their offer is not even up to half a billion naira. Nothing reasonable has been put on the table,” Ogwemoh added.
But Ojo promised that his client would “take this issue of amicable settlement seriously”.
Justice Dagat encouraged the parties to settle out of court.
“We always encourage settlement. I’ll give a short date for parties to explore settlement,” he said.
The case was first taken before an arbitrator, Aare Afe Babalola (SAN), who awarded N1,406,944,352.76 to the claimant, which he said represented the amount the respondents admitted as being the balance as at March 31, 2014.
Aare Babalola also awarded 10 per cent interest annually on the N1.4 billion from April 1l, 2014, till final liquidation of the amount.
The bank, however, alleged that Obat Oil and Dr. Akinruntan failed to comply with the arbitration award. It applied to the court to order the award’s enforcement, which was granted.
Justice Dagat adjourned till January 13 for report of settlement or hearing of pending applications.


thenation
Posted by MAN ABOUT TOWN at 11:34 PM