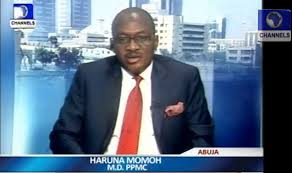 It is often said that when men grow virtuous before their old age, they only make a sacrifice to God of the devil’s leavings. This witty take according to makers of mischief, somewhat applies to Haruna Momoh and Gbenga Komolafe.

It would be recalled  that Haruna, a former Managing Director (MD) of PPMC was a very close associate of Diezani Alison-Madueke, Nigeria’s former Petroleum Minister. Likewise, Gbenga Komolafe, a major player in the petroleum sector was
very close to the former Petroleum Minister who is currently stymied in corruption allegations levelled against her by the Economic and Financial Crimes Commission (EFCC).

Both good men made a hell of money from their hard work in the oil sector and they reportedly made immense profit by their friendship with former petroleum minister. However, unlike most of their  money- miss- road peer, Haruna and Gbenga are making very good and sensible use of their money. If you see Haruna, you will definitely think he doesn’t have  money but he is rock solid financially.
Guys worship him, ladies adore him and wherever he goes, the ground literally trembles under the bulk of his immense affluence. Gbenga is also a very big boy in Abuja. All the oil marketers kowtow before him. A remarkable feature of both men is that they are both very quiet even as they enjoy their fortunes.

thecapital
Posted by MAN ABOUT TOWN at 3:12 AM