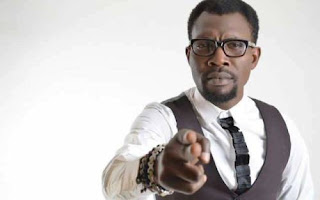 Nigerian comedian and musical artiste Moye Idowu, aka Maleke, on Wednesday narrowly escaped being lynched by thugs said to be working under the instructions of the governor of Delta State, Ifeanyi Okowa.
Narrating the incident to SaharaReporters, a police officer who witnessed the show said that Maleke, who was hired to entertain the audience at the 2016 Ika Carnival in Agbor, headquarters of Ika South local government area of the state, made jokes on stage about the governor.


"After thrilling the crowd first with some musical dance steps at the 2016 Ika Carnival, Maleke began to crack some very expensive and mocking jokes on the state governor using some harsh words on Okowa,” the witness said. “After a time some thugs working with the governor, who is from Ika, made several attempts to stop Maleke but he continued. At this stage their tempers started to rise.”
He said the thugs, after reinforcing by making calls to other members of their gangs, climbed up to the stage and gripped the comedian by the shirt.
Apparently showing no fear, Maleke continued with his performance, and perhaps out of annoyance, the police officer said, shouted, “Okowa is an idiot! Okowa is an idiot!”
At that point, he said, his boss, CSP Akintude Oyeniran, the Divisional Police Officer of the Agbor police station, along with some of his colleagues, rushed to the stage and whisked Maleke away.
In his words, "Maleke was so lucky. If not for the swift intervention of my boss and some of my colleagues, Maleke would have been beaten to a state of coma. By now he would have been hospitalized because those thugs were armed with some dangerous weapons and you know their brother is the governor of the state as such they can do anything and go free."
When contacted, CSP Akintude Oyeniran confirmed the story saying that his swift intervention saved the life of the comedian.
"Yes, I saved his life just as you heard the story."

Saharareporters
Posted by MAN ABOUT TOWN at 2:25 PM