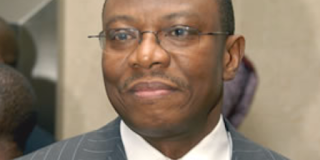 Whoever believes that the bank is mightier than the storm should ask the management and staff of Sterling Bank. They probably know better. As you read, Sterling Bank is caught in the turbulence of steep and unforgiving commerce.


The hard times have indeed dawned on the commercial bank. 625 members of staff of the bank have lost their jobs. The affected workers had their sack letters handed over to them last Friday, April 21st.

A visit to the bank’s new head office this afternoon revealed a lot, as most staff walked about like they were under a cloud of doom with brows furrowed in deep worry. Who is next? That seems to be the question on the lips of everybody.

However, in the last few months, many top banks have thrown thousands of their employees into the labour market for reasons ranging from insolvency and paucity of funds. Some of the banks laid the blame at the doorsteps of the employees citing lateness, dereliction of duties, absence and other workplace behaviours identified as unproductive to the course of the companies

..thecapital
Posted by MAN ABOUT TOWN at 9:21 AM