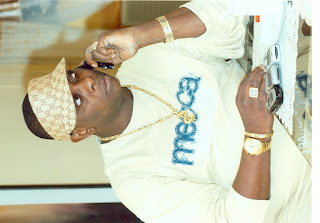 It has finally been confirmed that except something out of the ordinary happened Akeem Shodehinde is out of the fold of the management of established place of leisure Insomnia- though he still keeps up appearances as part of them.
The popular night life administrator is ascertained to be setting up a new club with two individuals with the street names Osalansa and Jeniffer despite continuing attending to his duties at Insomnia.
Contrary to earlier reports sources ascertained that the new partners will be paying off Mr Wale Oshin the owner of Cabana Lodge to take over the old club towers in other to achieve their aim.
Mr Oshin is utilising the Adeola Hopewell site of Club Towers to run Cabana Lodge.
He rented the facility from face of the place Prince Nazir Ado Ibrahim to do his business.
His tenancy is expected to run till July 2010.
Insiders explained that Akeem and his partners are working on an arrangement that will see them buying off the remainder of the tenancy and paying off Wale Oshin to take over the structures that he has put in place and change his business name to a preferred one.
Informants further divulged to Man About Town that this move is expected to be consolidated with an extended contractual arrangement with Prince Ado Ibrahim.
Wale Oshin is said to be very disposed to the arrangement.
Sources based this claim on allegations that he couldn’t recoup his investment in his short live exploit in the night life business.
According to those who should know on paper Akeem Shodhinde and his partners’ parade an intimidating team that should do far better.
Akeem Shodhinde’s exploit and efficiency that earned him the sobriquet ‘The General’ of entertainment in the night life is not in doubt, Osolansa with one of his real names as Segun is a new breed United States of America returnee with growing followership and loose coins to play with and the third member of the team Jennifer, a resident of Lekki Phase 2 is said to be bringing part of the experience that transformed established place of enjoyment Auto Lounge into the darling of many to bear on the about to launch enterprise.
Information revealed that as part of efforts towards the kick off of the new club the proposed venue, Club Towers currently housing Cabana Lodge is said to be undergoing renovation.
According to a source ‘Though not a major thing- but touches here and there to change the face of the place’
More investigations conducted by Man About Town revealed that the workmen are working towards an April 2010 opening of the new club.
The name for the new night club is yet to be ascertained.
Mean while speaking on the issue the man at the centre of the unfolding drama Akeem Shodehinde maintained that ‘there is nothing like that, I don’t know where they get all this stories from’
Sources however interpreted his public posture on the development to attempts to shield the project until he is ready to go public with it.
Posted by MAN ABOUT TOWN at 6:37 AM