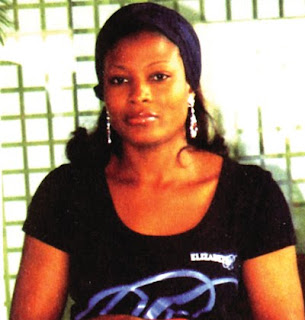 The rumour mill has woven a tale of great expectations around the person of Ibidun Ajayi Ighodalo, the lovable beauty and wife of man of God pastor Ituah Ighodalo.
The lady taking giant strides with her event management company Elizabeth R is widely believed to be expecting the first child of her marriage to the celebrated pastor.
Sources however insist the simple dresser and former beauty queen is being very discreet with her condition.
Those who should know claimed she always goes the extra mile to cover the most telling part of her body- her tummy- in public.
And she is said to be given to wearing free flowing gowns- usually recommended for pregnant woman these days.
Those who have stumbled on her recently assert that ‘she looked a bit more robust with a fairer complexion’ to back up the pregnancy tale.
Her conduct at a social engagement a couple of days back has greatly fuelled the pregnancy tale.
The event held on Saturday February 27 2010. The venue was the Tafawa Balewa Square Onikan Lagos.
It was the one year remembrance ceremony of late Mrs Alice Morin Ogbara, the mother of celebrated fashion designer and former president of Fashion Designer Association of Nigeria- FADAN- Mrs Folorunsho Alakija.
Ibidun was part of the service providers that made the day a success with her with her company Elizabeth R.
Information made available to Man About Town revealed that all the while she supervised her staffers to perform given tasks- she religiously avoided news men, especially the photographers.
Further investigations revealed that to shield prying eyes away from tell tales signs of her suspected condition she ceaselessly bunched together her cloth around her stomach.
‘She did like she was pulling the floor length cloth together from dragging on the floor but the fact that she kept the excess cloths around her tummy and constantly turned her back at camera lens while keeping her distance from news hounds raised questions’ a source revealed.
According to a persistent photographer ‘ At a point she told the security outfit at the place to keep me from taking her picture’
Security at the get together which paraded A-list personalities such as, Ernest Shonekan, Aremo Olusegun Osoba,, Iyabo Martins Kuye, Ifeoma Ilodibe, Hajia Bola Shagaya and Otunba Subomi Balogun was provided by K-Square security outfit.
Since got married to Pastor Ighodalo in year 2007, Ibidun Ajayi has maintained a very low profile despite the great successes she enjoys in her business.
Many believe this move is meant to keep the public away from the controversies that trailed her union to the man to the Man of God that was asked to quit his pastoral claim, the Redeemed Christian church of God to fame for marrying her.
The general overseer of the RCCG had ordered Ituah to leave fold of the ministry in 2009 for remarrying after ten years of divorce. The wife the pastor romantically disengaged from- Lucy Ann- Summer- is said to be alive.
Ighodalo remarrying when his former wife is still alive is said to be against biblical injunction.
Pastor Ighodalo, a reputed accountant had set up a Radio ministry after leaving the Redeemed Christian Church of God.
Since he left the church fold, the celebrated man of God and his wife, Ibidun have churned the klieg light as much as possible.
According to a source ‘I believe it is in line with this that Ibidun behaved the manner she did at that Alakija party’.
Posted by MAN ABOUT TOWN at 2:38 AM