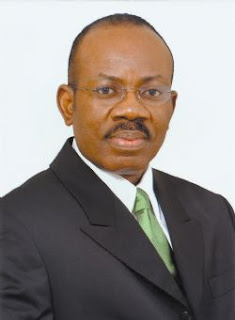 A raging crisis has taken hold of the family of,Kay the wife of Zenith Bank boss, Mr Jim Ovia.
One of her brothers Dayo Fashesi just swindled her in a ten billion naira property deal- and he has disappeared into thin air with the proceeds!
Investigations conducted by Man About Town revealed that the project in question is a twenty one units home purchased from the brain behinds Prime Water housing scheme in Lekki Lagos.
The Bank M.D’s wife ,Kay using her brother as a front had purchased twenty units of the over one hundred units of the project sited at Ikate round about Lekki Phase 1.
The purchase cost for each was put at forty five Million(45m)Naira.
Informants explained that the manner of purchase was said to be such that relevant documents remained in the possession of the younger brother.
The project was financed by Zenith Bank through the influence of Mr Ovia.
According to a source ‘the bank guaranteed the fund for the project- the idea was that there will be enough gain to go round for everybody’
The wife had successfully implored her husband to make the bank a part of the deal.
Investigations conducted revealed that the whole affair blew into a huge mess on Tuesday March 09 2010.
The wife of the bank M.D had attempted to interest a buyer in the sale of some of the units.
Rather than the anticipated wonderful transaction she got a huge shock-her brother had sold the housing units she was interested in!
Frantic efforts to determine the status of the other units revealed the same startling results- all the others were sold as well.
She was said to have initiated her husband and very close knit stakeholders in the affair.
Spirited efforts to get her brother, Dayo met a brick wall.
It is believed that he has travelled out of the country- along with his family members.
Nobody can pin determine his where about at present.
Insiders revealed that on Thursday March 11 2010 agents acting on the order of the Bank M.D’s wife stormed the Ikate site of the project and forcefully ejected the occupants of the house.
Informants maintained many of the victims are threatened legal action against their persecutor.
The Ovia’s are said to be attempting to keep the matter as quiet as possible – and keep their identities as original owner of the housing units quiet because of the backlash it might caused against the background of the tension in the banking industry.
Posted by MAN ABOUT TOWN at 3:51 PM