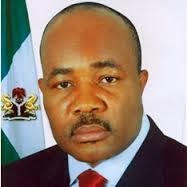 Socialite and business man, Iboro Otu has accused Emmanuel Bassey Ekpenyong, an aide of the governor of Akwa Ibom state, Godswill Akpabio of attempted kidnapping and assassination. He identified himself as the subject of the plot.

And not only this- Mr Otu also alleged Bassey, who is the Personal Assistant to the Governor on Youth Mobilization of heading a government militia using extra judicial means to stifle opposition.


The popular business is alleged to have written a petition to this regard to security agencies.

Here is a full report of the allegations as sourced by naijacelebrities.net.

Filed by Garland Chambers and undersigned by Paul Omoluabi Esq., the petition, dated 13th September 2013, was titled, “Attempted Kidnapping, Attempted Murder and Threat to Life by the Personal Assistant to the Governor of Akwa Ibom State on Youth Mobilization/The PDP Youth Leader, Akwa Ibom State – Emmanuel Bassey Ekpenyong and Four Others.”
The accusations levelled in the application against Ekpenyong-Bassey, an Ini born self-styled activist, have called the Gov. Akpabio's aide's credibility and character into question as the crimes which he is alleged to have committed appear to be in stark contrast to a recent call he made in a statement he issued on International Youth Day (IYD). In that statement, he urged Akwa Ibom youths to eschew violence and other social vices that could prove detrimental to the progress of the state.

In the graphic petition by Garland Chambers which detailed the alleged kidnap and assassination attempt, the solicitors noted, “We act as solicitors to Mr. Iboro Otu (hereinafter referred to as “our Client”) and on whose unequivocal instructions we write in the following regards. That on 3rd September, 2013, our Client was in Uyo for the burial of the father of a family friend of his (name withheld) at Ogu Itu Mbonuso, in Ini Local Government Area.
“Thereafter, our Client commenced his return to Uyo, but unknown to him, some young men had taken down his car details and had been trailing him with the criminal intention of kidnapping him so as to eventually kill him. As our client approached a turn 10 minutes away from Itak Junction in Uyo Local Government Area and bent down toward his passenger’s seat to pick up his mobile phone which had fallen from the dashboard onto the seat, an unmarked car with four men brandishing firearms, double-crossed him and commanded him to alight from the vehicle or he will be shot dead on the spot.”

'According to the entreaty, one of the alleged assailants shattered the rear window of Otu’s Range Rover Evogue SUV with the butt of his firearm in an attempt to gain access to the door lock from the inside. It was in that moment that it reportedly dawned on Otu that he was in the midst of a kidnap and assassination attempt from his assailants.

“Our Client was able to escape from the scene by screeching his car around through the bush and speeding off even at the risk of being shot at, but was chased by these assailants. Upon the pursuit, our Client drove to an Army unit at Itak Junction and immediately reported the incident and further informed the military officers that the assailants were on their way towards the Army unit. Few minutes after this report, the assailants arrived with one Mr. Emmanuel Bassey Ekpenyong better known as Iraq at the Army unit and they were apprehended immediately and unexpectedly. Our client immediately identified one of the assailants, the petition stated.

'The petition further revealed that following the arrests of the five assailants, one of them identified himself as Mr. Emmanuel Bassey Ekpenyong, the Akwa Ibom State Governor’s Personal Assistant and referred to his fellow assailants as “his boys” pleading earnestly for their release – a plea the officers were said to have turned down. Mr. Ekpenyong then reportedly entreated Otu for forgiveness, stating that he (Otu) had been mistaken for somebody else while offering to pay for the repair of the damaged vehicle. At that point, Otu was said to have left the issue to be resolved at the discretion of the police.

The solicitors further claimed in the petition that, "Investigations and rumours have it that the said Mr. Emmanuel Bassy Ekpenyong a.k.a. Iraq had persistently and consistently been involved in similar kidnappings and murder operations in the past but has always had his way.”

'Having stated this, Otu proceeded to appeal to “your most esteemed office to urgently deploy the resources at your disposal in investigating, ordering the arrest of all persons directly and remotely involved in the kidnap and murder attempt of our Client who is presently unsafe and worries about his security and unknown vehicles are always trailing him in and out of Uyo.”

“It could be that coming from a well-known political family and being very vocal and engaging about leadership and entrepreneurial issues relating to the people of Akwa Ibom State in particular, it seems the right ears are getting the wrong messages and thus, the desire to silence me seems to be of importance,” the social entrepreneur added.

While affirming that all hands were on deck to bring the perpetrators to book he expressed his strong desire to “get these individuals arrested and questioned to know their true motive and have justice served.”'
Posted by MAN ABOUT TOWN at 5:11 AM