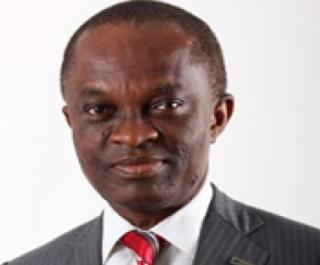 Operatives from the monitoring units of the Nigerian Police Force are investigating a case of fraud.


Information revealed a branch manager at the place illegally deducted about N100m from customers accounts.

The accused operated from the Ladipo, Lagos branch of the bank.

According to information made available, operatives from the Kam Salem Obalende Lagos of the Nigerian Police Force are handling the crime.


They are said to be on the heels of the bank manager disclosed to have fled.

A lady tagged his lover, in whose account the run away banker allegedly lodged some of the 'stolen' funds was reportedlly arrested as part of efforts to apprehend the culprits.

She was reportedly released four days after the branch manager refused to show up.

Digs revealed initial findings by the police threw up the discovery that, the accused 'allegedly withdrew N35 million from customers’ accounts in Ladipo Branch'.

The stolen funds were illegally withdrew from customers accounts irrespective of where the accounts where domicile.

The accused was said to have taken off before the arrival of the police, when scheme was uncovered by the bank.

His modus operandi is simplified as thus ' each time he makes the illegal withdrawal from customers’ accounts, he would use his girlfriend’s Certificate of Incorporation, to open several other accounts in other banks where he would lodge the amount.'

Insiders revealed vigorous investigation to determine whether there are collaborators within the bank or not is on.

The leadership of Fidelity are however reportedly being cautious in other to properly manage the situation and safe guard the bank's image.
Posted by MAN ABOUT TOWN at 10:53 PM