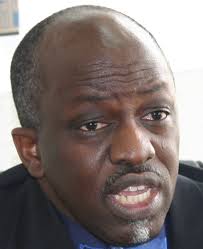 Few Nigerian businessmen have connections as impressive as Maevis Nigeria Limited CEO Tunde Fagbemi. One of the powerful Ex-President Olusegun Obasanjo’s business stooges, he is as close to the maverick soldier turned politician as Bi-Courtney Ltd. boss, Dr. Wale Babalakin
It was OBJ while he was the sitting President that got Fagbemi’s Maevis Nigeria Limited the concession management contract with the Federal Airport Authority of Nigeria (FAAN).
A public–private partnership (PPP), Maevis handled the Flight Information Display System and Automation Management System for FAAN.  The company was collecting all the tariffs in four international airports for FAAN.
The tariffs, which included that of landing and parking of aircrafts, were collected by Maevis in Murtala Muhammed International Airport (MMIA), Nnamdi Azikwe International Airport (NAIA), Mallam Aminu Kano Airport, and the Port Harcourt Airport.
A contract that was scheduled to run for 10 years, it was forcefully terminated by FAAN following unclear clause in the terms and conditions for the partnership agreement. FAAN was also furious about the alleged lack of transparency in Maevis’ remittance to FAAN.
A violation of the agreement, rather than giving FAAN all the money made and get its share from the agency, it was said that Fagbemi’s company was deducting its own share from the source.
The company’s action incurred the wrath of authorities in FAAN and they terminated the contract at midnight on Saturday, March 23, 2012.
A matter that became a subject of litigation, however, Maevis’ CEO, Tunde Fagbemi has somehow moved on.
A friend of Ex-Zenith Bank MD, Jim Ovia, owner of AIT, Raymond Dokpesi, Bi-Courtney Ltd. boss, Dr. Wale Babalakin, Bauchi Sate Governor, Isa Yuguda, Niger State Governor, Aliyu Babangida, his wife, Tokunbo Fagbemi is former Ondo State governor Olusegun Agagu’s niece. His younger sister, Mrs. Ajayi who used to work with Ecobank, is now with Ogun State Governor Ibikunle Amosun as a Special Assistant.
Sources disclosed that that Maevis Ltd got a contract from Niger State Government in 2008 through Governor Babangida. A biometric staff verification exercise for the state civil servants, the company ditched the project at the owner’s instance. It was said that in Fagbemi’s profit margin analysis, Maevis’ expected profit margin in the contract they had with FAAN far outweighed that of Niger’s contract.
However, when the table turned and the company was dispossessed of the contract it had with FAAN in March 2012, Fagbemi deployed twenty-five staff of his company to Minna to revive the abandoned project on September 2nd, 2012.
A project that involves capturing Niger civil servants data, profile and running the pay-roll is being done in conjunction with Skye Bank.
And between September when the staff resumed in Minna and November Maevis’ staff were fully remunerated by their employer.
However, their nightmare began in December when the company could not pay them their salaries.
Thinking that the situation would improve in the New Year, but when the year came, it didn’t bring any good tidings. Staff started boiling with rage in late January 2013, and took out their anger in typical fashion-which for them was to go on strike.
The strike action yielded a fruit as the company paid them December half-salary.
If that was not good enough, what was worse was that after then the staff were never paid again. It was in March during the Easter break that they decided not to work unless their salaries were paid.
But out of the twenty-five staff, nine Judases later betrayed their colleagues and went back to work in June. They currently receive half-salary.
Informants revealed that estranged staff’s temper have not been helped by the owner of Maevis who lives a life of spectacle, flash and dash.
While his staff were battling third world conditions, Tunde Fagbemi bought himself a property for £2m (about N500m) in UK. He also acquired a Land cruiser bullet proof jeep, which he bought for N47m.
About four weeks ago, Niger State Government paid him N20m for one of his company’s services and the staff were hoping their salaries would be paid but they were wrong. He didn’t pay them a dime, claiming the money was for one of his companies, Spring Fountain, which did staff training for the state.
Informants further disclosed that despite the fact that he owes his companies’ staff, Zenith Bank and Skye Bank that both finance the defunct airport project, he is currently lobbying authorities in Nigeria Port Authority for the kind of contract Maevis had with FAAN.
It is said that Tunde Fagbemi is also counting on OBJ to help him get the same airport concession management contracts in Gambia and Sierra Leone.
.....source orijoreporter.com
Posted by MAN ABOUT TOWN at 3:43 AM