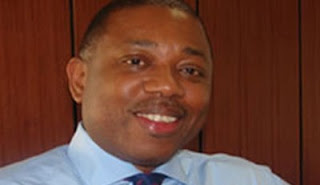 Few hours after the profit was declared,the bank got a querry from CBN on the wrong figures being circulated and asked it to immedaitely stop misinforming the public that the bank made profit rather than the loss it made.

This is the summary of the false report the bank released to the media  Similarly, total comprehensive income of the bank rose by 157 per cent, from a loss of N13.79billion to N7.81 billion, while customers’ deposits leapt from N282.75billion to N297.54billion during the review period.

Speaking on the bank’s performance, the Managing Director of the bank,  Philip Ikeazor said the plan to grow Keystone Bank from August 2011 was based on three primary elements. “The first was to ensure a robust IT and E-Banking platform is in place and upgraded for prime efficiency. The second was to focus our customer service. The third is to return the bank to profitability and grow market share.”

The bank boss is said to be lobbying the C.B.N Governor - and other stakeholders at press time to avert damaging sanction(s).
Posted by MAN ABOUT TOWN at 3:03 AM